Moto G 5G is being touted as the most affordable 5G smartphone in India. The smartphone is powered by Qualcomm Snapdragon 750G. 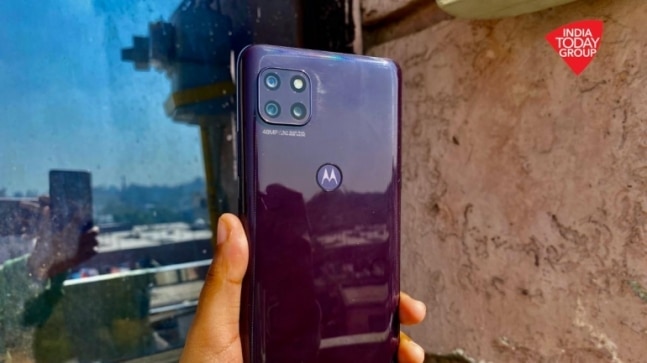 Motorola made the Moto G 5G official in India. The phone with many firsts and impressive specifications was launched in India for Rs 20,999. Moto G 5G is being touted as the most affordable 5G smartphone in India. The smartphone is powered by Qualcomm Snapdragon 750G.

Qualcomm had announced the Snapdragon 750G chipset in September. As per the company, Qualcomm Snapdragon 750G is faster than the Snapdragon 730G. The chipset is equipped with the Adreno 619 GPU which produces up to 10% better graphics rendering compared to Snapdragon 730G for stunning, life-like imagery. For network connectivity, it uses the X52 modem which supports 5G/LTE and provides a download speed of 5.7Gbps and an upload speed of 1.6Gbps. It also comes with support for fast charging tech and FullHD+ display support at a refresh rate of 120Hz.

While Moto G 5g has become the first phone in India to house the Snapdragon 750G chipset, there are other phones that use the same chipset but are yet to launch in India. So check out the list of the smartphones

In terms of the camera, Redmi Note 9 Pro 5G features a quad-camera setup on the rear which includes 108-megapixel primary camera, an 8-megapixel ultra-wide lens, a 2-megapixel macro lens, and a 2-megapixel depth sensor. On the front, there is a 16-megapixel camera for selfies.

Another smartphone by Xiaomi, the Mi 10T lite has only been released in China. The smartphone features a 6.67-inch Full HD+ LCD panel display with a refresh rate of 120Hz. For protection, it uses the Corning Gorilla Glass 5. It uses the Qualcomm Snapdragon 750G chipset which is coupled with up to 6GB of RAM.
In terms of the camera, the Mi 10T lite features a quad-camera setup on the rear. The camera module houses a 64-megapixel primary camera with a Sony IMX682 sensor, an 8-megapixel ultra-wide lens, 2-megapixel macro sensor, and a 2-megapixel portrait camera.

Xiaomi has a crammed 4820 mAh into the Mi10T-Lite which comes with support for 33w fast charging.

Samsung had launched the Galaxy A42 5G in the European markets. The smartphone features a 6.6-inch SAMOLED FHD+ display. Galaxy A42 is powered by the Qualcomm Snapdragon 750G paired with up to 8GB of RAM. It is available in three storage variants including the 4GB/128, 6GB.128GB, and 8GB/128GB variants.

In terms of the camera, the Galaxy A42 features a quad-camera setup on the rear. The camera module houses a 48-megapixel camera, 8-megapixel ultra-wide camera, 5-megapixel macro lens, and 5-megapixel depth sensor.

The Galaxy A42 house a 5000mAh battery and available in three different color variants.