Moto G10 Power gets a discount of Rs 500 on Flipkart, should you buy it?

Moto G10 Power was launched in India for Rs 9999 for the lone 4GB variant, but now the device has received a discount of Rs 500. 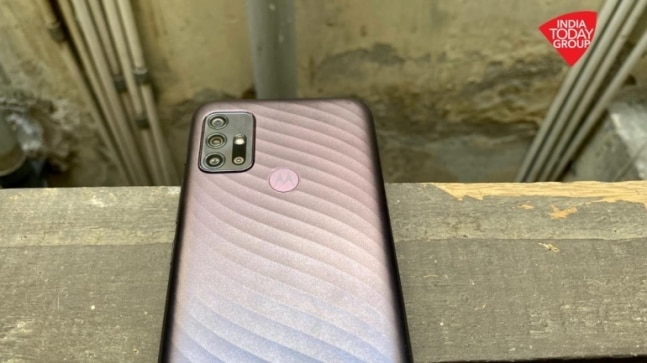 Motorola had launched two new smartphones in the G series including the G10 Power and the Moto G30. The smartphones were launched in the budget category with come with a modest spec sheet. In less than a month of its release, the Moto G10 Power has received a price cut of Rs 500. However, the offer is only available on Flipkart and for a limited time period.

Moto G10 Power was launched in India for Rs 9999 for the lone 4GB variant, but now the device has received a discount of Rs 500. The Moto G10 Power is selling for Rs 9499 on Flipkart. The e-commerce platform had announced yet another sale on smartphones called the Mobiles Bonanza sale which has gone live today. The sale will go till April 11, this means that you can only buy the Moto G10 Power for Rs 9499 till April 11. Post that, the smartphone will be sold for its original price tag of Rs 9999.

Now, the question arises whether you should buy the smartphone for Rs 9499 or not. And there too many reasons that say that you should buy this smartphone if you have budget constraints. Let us talk about the reasons why you should get the Moto G10 Power first. The smartphone features a big enough display measuring 6.5 inches. It is neither too broad nor too small, it has a compact form factor. It also features an interesting texture at the rear panel which will save the phone from slipping away from sweaty palms.

For the camera, the Moto G10 Power has four sensors on the rear. It consists of a 48-megapixel primary camera accompanied by three other sensors for macro, ultra-wide and more. The primary camera performs well during daylight and puts up a decent show in low light conditions too. However, the performance could have been better. But for the price that the smartphone comes for, we were not disappointed with the performance when we reviewed the phone. The smartphone houses a massive 6000mAh battery, which easily lasts up to two days on moderate use. It also comes with 20W charger, which helps in speeding up the charging process.

As far as the processor is concerned, Moto G10 Power is driven by a modest Snapdragon 460 SoC chipset coupled with 4GB of RAM. This is not the fastest in the segment, but you would not be disappointed with its performance either. It is best for daily chores and can handle hardcore games in low graphic settings too.

If you are looking for a decent phone on a budget, the Moto G10 Power is the device you should go for. Now with a discount of Rs 500, the deal gets even sweeter. This device comes with a near-stock Android experience, so this means that you would not have to deal with tons of notifications pre-installed bloatware like other Android devices.