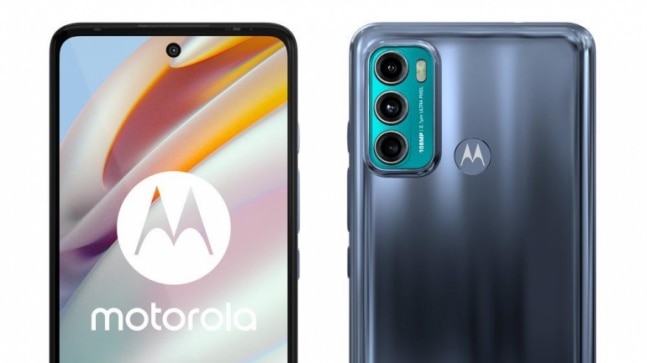 Motorola is all set to expand its G-series by launching two more phones. The Lenovo-owned company will soon make the Moto G60 and Moto G20 official. While Moto G60 is expected to be a slightly premium device, the Moto G20 is expected to cater to the budget audience. The renders and specifications of the devices have leaked online. Earlier Motorola had launched two smartphones under the G-series, the Moto G10 Power, and the Moto G30.

Tipster Abhishek Yadav has shared the renders and specifications of the Moto G60 and the Moto G20. The Moto G60 is seen with a punch-hole display. There is a tiny cutout on the top center of the display for the selfie camera. While the G20 can be seen featuring a waterdrop notch with very thick bezels around the corners. On the rear, the Moto G60 features a rectangular camera island that hosts three large camera sensors along with an LED flashlight. The G20 too features a design similar to the Moto G30, with a rectangular camera module on the rear. Both smartphones feature fingerprint sensors on the rear. Motorola was reported to be working on a smartphone with a 108-megapixel camera. As per the tipster, the Moto G60 could feature a 108-primary sensor. Previously, it was reported that the Moto G60 could feature a 6.78-inch full-HD+ display with a resolution of 1,080x2,460 pixels and a high refresh rate of 120Hz. The smartphone is expected to arrive with two RAM configurations including the 4GB variant and 6GB variant with 64GB/128GB storage options. The Moto G60 is expected to be powered by Qualcomm Snapdragon 732, the same processor which has been used in the Redmi Note 10 Pro.

Coming to the Moto G20, it is going to be a budget offering. The smartphone is tipped to house a new 5000mAh battery. Although not much has been leaked about the device, it is expected to come with quad-rear cameras, dual-band Wi-Fi, Bluetooth, and FM Radio.