Moto G9 available for Rs 9999 on Flipkart, should you buy this or wait for G9 Power? 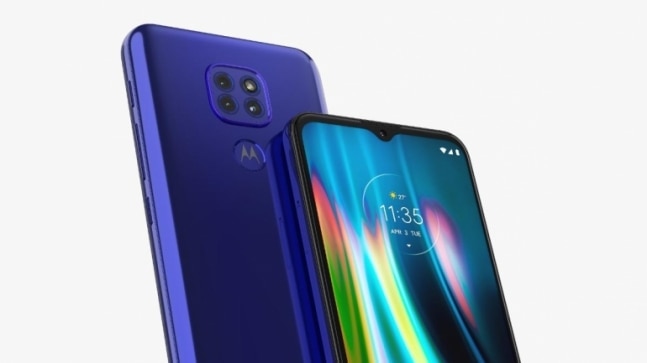 Motorola Moto G9 is available for Rs 9999 on Flipkart Black Friday sale. The sale has already gone live and it will continue till November 30. Flipkart is offering a host of deals and offers on smartphones. Along with the G9, the other Motorola phones are also available at a discounted price.

Now coming to the Moto G9, it was launched in India for Rs 11,499 a couple of months ago but we saw the price going down during the Diwali sales. The phone now sells for Rs 9999. The phone could be one of the best devices to own under Rs 9999 because it uses a Snapdragon chip and not a Meditek Helio chipset, unlike other devices at this price point.

However, now the situation is slightly different from how it was a month ago when the Moto G9 got a price cut on Flipkart. Now as per tipster Mukul Sharma, Motorola could soon launch the Moto G9 Power in India. The pricing of the smartphone is not known yet but in all probability, it is going to be an upgrade over the G9.

The Moto G9 features a 6.5-inch HD+ display with an aspect ratio of 20:9. It has corning gorilla 3 coatings for protection.The smartphone is powered by a Qualcomm Snapdragon 662 processor paired with up to 4GB of RAM and 64GB of storage that is expandable up to 512GB using a microSD card.

In the camera department, the Motorola Moto G9 features a square-shaped camera island at the rear which comprises of three camera sensors and one LED flash. The camera module comprises of a 48-megapixel primary camera with an F1.7 aperture with Quad Pixel Technology, along with a 2-megapixel Macro lens and a 2-megapixel depth sensor. For selfies, there is an 8-megapixel camera. The Moto G9 houses a massive 5000mAh battery with support for 20W Turbopower fast charging.

For Rs 9999, the G9 seems like the best phone but now that the G9 Power is rumored to launch in India, you should take a look at its specifications too before you buy the G9.

Moto G9 Power was launched in Europe at EUR 199 (Rs. 17,500 approximately) for the single 4GB + 128GB storage variant. We certainly expect the price to be lower than this in India.

Although the phone has not been released in India, the smartphone went official in Europe so its specifications are not a secret. Moto G9 features a 6.8-inch HD+ IPS display with a resolution of 720x1,640 pixels. It is powered by Qualcomm Snapdragon 662 SoC coupled with 4GB of RAM and 128GB storage variant, which can be expandable.
In terms of camera, the Moto G9 Power features a triple rear camera which includes a 64-megapixel primary sensor, a 2-megapixel macro sensor, and a 2-megapixel depth sensor. On the front, there is a 16-megapixel camera for selfies.
The smartphone houses a 6,000mAh battery that supports 20W fast charging. Both the smartphones run on stock Android 10.

While there is no change in the processor, the G9 Power features a powerful camera setup, a larger screen size, and a bigger battery.