The Motorola Edge+ has managed to score 113 points on DxOMark's scale. The Edge+ has the same 108-megapixel camera as the Samsung S20 Ultra. 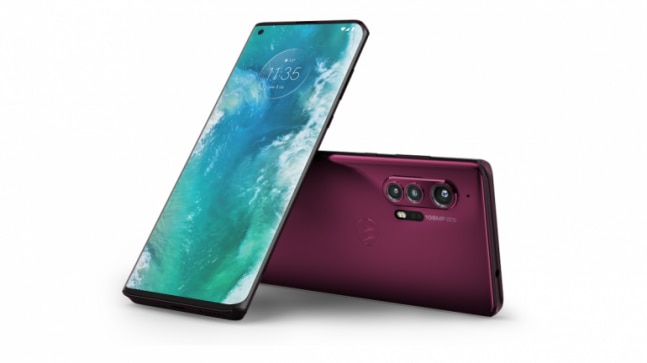 There's a lot of buzz surrounding the Motorola Edge+. In India, it is the second most expensive phone Motorola sells after the Razr folding phone and it competes in the same class as the Samsung S20. The Edge+ has the same 108-megapixel camera but at a much lower price than the S20 Ultra. Does that make it a recommended phone for shutterbugs? Well, DxOMark says it has tried out its cameras and even awarded it a score.

The Motorola Edge+ has bagged a DxOMark score of 113, which puts it on par with what the Samsung Galaxy S10+ scored last year. DxOMark says that the Edge+ impressed its team overall in terms of image quality but there is definitely some room for improvement. The Edge+ is one of the few flagship phones this year to come with a 108-megapixel sensor for its main camera.

For still photos, the DxOMark team praised the cameras on the Edge+ for details, noise control, accurate exposure and consistent white balance. The wide-angle camera is also credited with capturing extremely high details. That said, the camera is said to have an average dynamic range, soft corners and edges, soft details on medium zoom, depth estimation artifacts and slight underexposure.

When it comes to videos, the Edge+ shone in terms of details, accurate exposure, controlled noise and effective autofocus.

It seems that there's definitely some room for improvement for the Edge+'s cameras. That said, we are yet to test the Motorola Edge+ and hence, we cannot arrive at a verdict. The Edge+ has a promising set of triple cameras at the back, offering great versatility. Apart from the main 108-megapixel camera, there's a 16-megapixel wide-angle camera and an 8-megapixel telephoto camera with 3X optical zoom.

The Edge+ tries to differentiate itself from other phones with a few key features. One of them is the 6.67-inch 90Hz display with extremely curved edges. Motorola lets you make use of the edges as shortcut panes. The Edge+ is also one of the very few phones with a stock Android UI with minimal bloat. Motorola has already promised up to two Android updates, given that the Edge+ launched with Android 10.

The Edge+ also makes use of the Snapdragon 865 chipset which also means it is a 5G smartphone. There's even a 5000mAh battery that comes with support 18W fast wired charging and 15W wireless charging.