The Motorola Edge+ is a proper flagship phone in every sense and hence, we pit it against the OnePlus 8 Pro, another top-tier Android flagship. At almost $1,000, which one fares better on paper? What is a flagship smartphone in 2020? High-resolution cameras, the latest Snapdragon 865 chip, high refresh rate display, bezel-less design and large batteries with fast charging. That is pretty much the holy grail for smartphone makers. Motorola and OnePlus have recently delivered new products on this recipe, with both of them touching the $1,000 mark. The OnePlus 8 Pro is among the best phones to buy today, at least on paper whereas the Motorola Edge+ brings a fresh perspective to this segment.

OnePlus announced its OnePlus 8 Pro last week with massive all-round upgrades, with the most notable ones in the cameras and battery section. The OnePlus 8 Pro is a phone made for spec-nerds, those who want the absolute latest and the greatest numbers. Motorola went with the same approach too, equipping the Edge+ with a 108-megapixel main camera, a 3D curved edge display and the cleanest iteration of Android.

Both the phones are coming to India this summer, with the OnePlus 8 Pro already having its India prices. Hence, which one of these should you watch out for if getting a flagship phone is your priority this year?

To a lot of people, both these phones look identical, especially with the curved edge display. The OnePlus 8 Pro goes for refined design from last year's model but trades the pop-up camera for a punch-hole cutout. The back does not have an ugly square camera hump and you can get the phone in some stunning matte finishes in pastel colours. OnePlus has also included IP68 certification, which means no need to worry about it in the rain. Motorola only mentions water repellency, that's nowhere near as good as the IP68 rating. The Motorola Edge+ has a slight edge here (did you get the pun? Never mind). It too has a massive footprint that's camouflaged by curved edges. However, the display curves all the way to the middle of the frame and it seems like there's no bezel. This gives the Edge+ a more modern look and feel over the OnePlus 8 Pro. The 19.5:9 aspect ratio also looks novel. At the back, it's a simple affair with the triple cameras arranged vertically (and thankfully no hump).

Design is subjective but if it were upon me, I would have given it to the Motorola Edge+. The extreme curves do make the phone look great and despite all that design flair, it happens to squeeze a 3.5mm headphone jack, something which the OnePlus 8 Pro hasn't heard of.

This is where the OnePlus 8 Pro beats the Motorola Edge+ hands down. Both have 6.7-inch AMOLED panels with curved edges and high refresh rates but that's where the similarities end. The OnePlus 8 Pro has a higher colour calibrated panel with a JNCD rating of less than 0.4. You also get a refresh rate of 120Hz along with MEMC baked-in. Most importantly, the display has a maximum resolution of Quad HD+.

The Motorola Edge+ looks basic in comparison. Yes, those curves look gorgeous but the AMOLED panel maxes out at 1080p and the refresh rate is limited to 90Hz.

Display nerds should opt for the OnePlus 8 Pro.

We are yet to try out both of these phones and hence, you will have to wait for a final verdict on the performance. That said, based on paper, these should be identical in daily life.

Both OnePlus and Motorola have used the Qualcomm Snapdragon 865 and both of them support 5G. Both of them can be maxed out with 12GB LPDDR5 RAM and UFS 3.0 storage. Both of them also offer an optical in-display fingerprint sensor.

It's the software experience where they can divide opinion. The OnePlus 8 Pro offers its highly acclaimed Oxygen OS interface that's based on Android 10. It's the cleanest custom Android experience in a phone as of now, with a focus on smoothness and speedy performance. Oxygen OS has minimal customisation options and over time, OnePlus keeps on adding useful features to the UI. Most importantly, OnePlus delivers timely updates even before Google does for its Pixel devices. The Edge+ uses an almost stock version of Android 10. However, Motorola has thrown in a few more additions than leaving it bare basic. There's a My UX app that lets users customise icons shapes, colours and fonts. The Moto app lets users customise the Edge shortcut button to their liking. The phone even comes with custom live wallpapers. Motorola has a decent track record with delivering updates but it's nowhere close to OnePlus.

On the whole, it boils down to personal preference. I prefer OnePlus' Oxygen OS for its no-nonsense approach to Android but the Motorola Edge+ is yet to reach us.

High numbers across the board for both the phones. Motorola goes for a triple camera setup on the Edge+, consisting of a 108-megapixel main camera with a massive 1/1.33-inch sensor and OIS assistance. This is joined by a 16-megapixel ultra-wide camera with a 117-degrees field of view as well as an 8-megapixel telephoto camera with 3X optical zoom that's also assisted by OIS. The front camera uses a 25-megapixel sensor.

We are yet to try these phone and hence, we can't predict a winner. Both of them are equally equipped, with the Motorola Edge+ boasting 6K video shooting. Keep an eye out for the full comparison.

Both the phones have ups and down. Motorola has gone for a 5000mAh battery that is claimed to deliver up to two days of battery life. However, you only get an 18W fast wired charging system. There's 15W wireless fast charging and 5W reverse wireless charging. 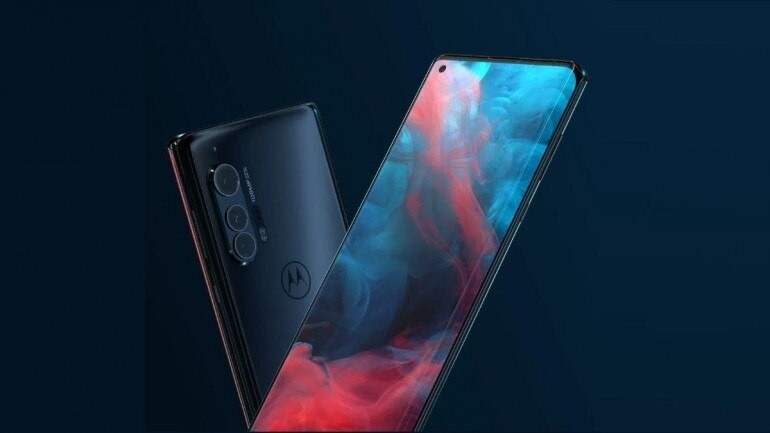 The OnePlus 8 Pro has a smaller 4510mAh battery that OnePlus claims should deliver an all-day battery life. However, you get a much faster 30W fast wired charging system that fills up the battery in almost an hour. OnePlus also bakes in its proprietary 30W wireless fast charging but you have to get the charger from OnePlus at ane extra cost. There's reverse wireless charging too rated at 3W.

Motorola is yet to announce the India pricing of the Edge+ but we can expect a price closer to the $1,000 mark. The Edge+ carries only a single variant with 12GB RAM and 256GB storage.

Which one should you pick up?

That's tough to answer given that we are yet to see these phones in person. However, based on the facts alone, the OnePlus 8 Pro pulls off a notable lead over the Motorola Edge+. The stand out features of the phone includes the 120Hz Quad HD+ display, the faster-charging speeds and the Oxygen OS user experience. That said, the Motorola Edge+ promises a flagship-grade stock Android experience, beautiful design and a high-resolution 108-megapixel camera.

Both of these phones are India bound and we will be reviewing them soon. Hence, keep an eye for these phones at India Today Tech.