Motorola has launched the Edge+ in India at a price of Rs 74,999, making it the second most expensive phone it sells in India. 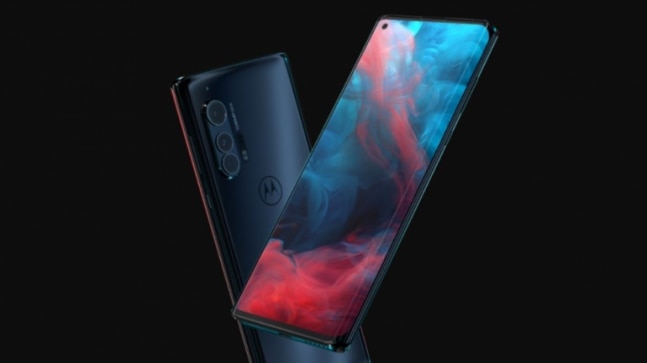 Motorola is making a proper comeback to the premium smartphone segment this year and after the much-hyped Razr, it's time for the Edge+. The Edge+ was announced in the US last month and Motorola has now launched it in India. The Edge+ is a proper flagship phone with the biggest number and most ambitious specifications, and hence, Motorola is asking a proper flagship price of Rs 74,999. The phone will go on sale from May 26, with pre-orders starting from May 19.

Unlike other flagship phones in India, Motorola is only offering the Edge+ in a single RAM and storage variant. You can get the Edge+ only with 12GB RAM and 256GB storage, which is on the higher side. Consumers can choose between two colours, Smokey Sangria and Thunder Grey. As part of the launch offers, Motorola is offering a cashback of Rs 7,500 if the transaction is made via an ICICI Bank card.

Even though the Edge+ is on the expensive side of the smartphone spectrum, Motorola is offering some of the highest-end specifications you can expect from a premium phone in 2020. This is a 5G smartphone and inside, there's a Snapdragon 865 chip. The phone is using the latest LPDDR5 type RAM along with UFS 3.0 storage.

The major highlights on the Edge+ are related to the cameras and display. The Edge+ features a big 6.7-inch Full HD+ OLED display with waterfall-style curved edges on either side. This makes it the only phone in India to feature such steep curves on a display. Motorola lets users customise the edges as shortcuts for various functions or as app shortcuts. The display has a refresh rate of 90Hz. The cameras are on par with the latest trends. There's a triple camera setup at the back, with the main unit being a 108-megapixel camera, which is assisted by OIS. There's also a 16-megapixel ultra-wide camera and an 8-megapixel telephoto camera with 3X optical zoom. The selfie camera uses a 25-megapixel sensor and sits in a punch-hole cutout of the display.

Motorola has stuck to a big 5000mAh battery which is claimed to offer up to two days of battery life. This is paired with an 18W fast wired charging, 15W wireless charging and reverse wireless charging. The phone runs on Android 10 with a near-stock UI and Motorola promises two more Android OS upgrades for the Edge+.

At Rs 74,999, the Edge+ competes directly with the Samsung Galaxy S20+ and the OnePlus 8 Pro. The phone will be available for purchase via Flipkart.