Motorola Edge+ launched in India: Price, specifications and everything you need to know

The Motorola Edge+ has been announced for the Indian market today, as a proper flagship from Motorola after a long time. 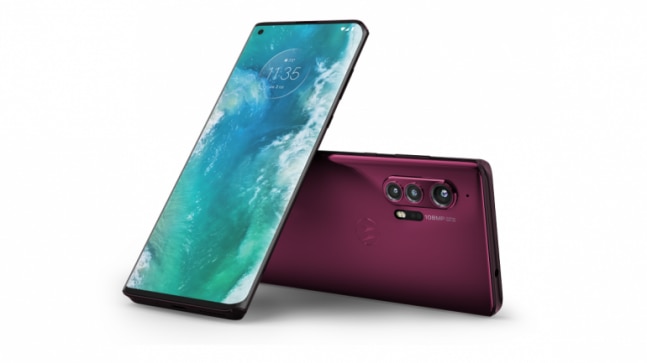 After a long, (quite long) delay, Motorola has announced its Edge+ flagship smartphone for the Indian market. The Edge+ marks Motorola's return to the conventional premium smartphone space and unlike the Razr folding phone, Motorola wants to impress premium smartphone buyers this with the main stuff they want, i.e. super specifications and a stunning design.

Hence, Motorola is asking for flagship money for the Edge+. There's only one variant of the Edge+ in India that comes with 12GB RAM and 256GB storage, and one has to pay Rs 74,999. This puts the Edge+ in the same category as the Samsung Galaxy S20 and Galaxy S20+. The Edge+ also has to face the Apple iPhone 11 and the OnePlus 8 Pro.

So what does Motorola have to offer?

Display: You get a 6.67-inch Full HD+ AMOLED 90Hz display with steeply curved edges on either side. The display has a punch-hole cutout on the top for holding the front camera.

Chipset: A Snapdragon 865 with support for 5G networks is doing duties on the Edge+.

Rear Cameras: A new triple camera system, with the main camera using a 108-megapixel sensor that's assisted by OIS. This is paired along with a 16-megapixel ultra-wide-angle camera and an 8-megapixel telephoto camera with 3X optical zoom.

Front Camera: You only get to see a 25-megapixel camera at the front.

-The Motorola Edge+ gets its name from the extreme curves its 6.7-inch display flaunts. The curves aren't only for show, though. Motorola lets you map the curves to act as shortcuts to functions or apps. One can even disable them if it bothers.

-The display has a refresh rate of 90Hz but the resolution is limited to 1080p. This may be of concern to buyers as rivals in this price offer up to Quad HD+ resolution and 120Hz refresh rate.

-The Edge+ stands out of the crowd by being the only flagship Android phone to come with a 3.5mm headphone jack. There's also a stereo speaker setup.

-Motorola says that the Edge+ comes with Android 10 out of the box and the phone will get two more OS upgrades in its lifetime. You get a near-stock Android experience with only a few Motorola customisations options baked-in.

-The 5000mAh battery is rated to last up to two days on a single charge. With a Full HD+ display and a power-efficient Snapdragon 865, one can push it closer to the claimed time. Motorola only bundles an 18W fast charger with the Edge+ but you also get 15W wireless charging to fill up the battery.

As I said, the Edge+ only comes in a single variant. You pay Rs 74,999 for the Edge+ and you get 12GB RAM as well as 256GB storage as standard. Motorola is offering the Edge+ in two colour variants: Smokey Sangria and Thunder Grey. There's a cashback offer of up to Rs 7,500 for customers making the transaction with ICICI Bank cards.