Motorola has just made its comeback to the flagship smartphone space with the new Edge series of smartphones and we take a look at everything it has to offer. Motorola has been almost absent from the smartphone market for a while. Yes, they launched some impressive affordable smartphones last year and hyped us all with its Razr, but the Motorola we knew for coming up with stunning mainstream smartphones has been long gone. Not anymore though as Motorola is back in the business of making exciting phones and the Edge series is a new start for the brand.

The new Edge series marks Motorola's return to the space where its Moto Z lineup once grabbed eyeballs. Of course, this time Motorola is sticking to the market trends instead of creating its own. One look at the specifications sheet and it is clear that Motorola is coming for OnePlus, Samsung and Apple in the premium smartphone tier.

Display: Both have 6.67-inch Full HD+ AMOLED displays with 3D curved edges and punch-hole cutout for the selfie camera. The refresh rate stands at 90Hz.

Front camera: There's a 25-megapixel camera sitting at the front.

Rear camera: For the Edge, there's a 64-megapixel main camera assisted by a 16-megapixel ultra-wide-angle camera and an 8-megapixel telephoto camera. The Edge+ bumps up the main camera to a 108-megapixel unit with OIS assistance.

-The Edge series gets as standard a 90Hz curved AMOLED display. The curved edges are similar to Vivo's waterfall display. That said, there are buttons for volume adjustment and power. The display even has a fingerprint sensor built-in.

-While both phones support 5G, the Edge+ is the one that gets the Snapdragon 865. This is after a long time that Motorola is launching a phone with the highest-end Qualcomm chip. The Snapdragon 865 has been in use in several flagship phones this year, including the OnePlus 8 Pro and Samsung S20 (US version). 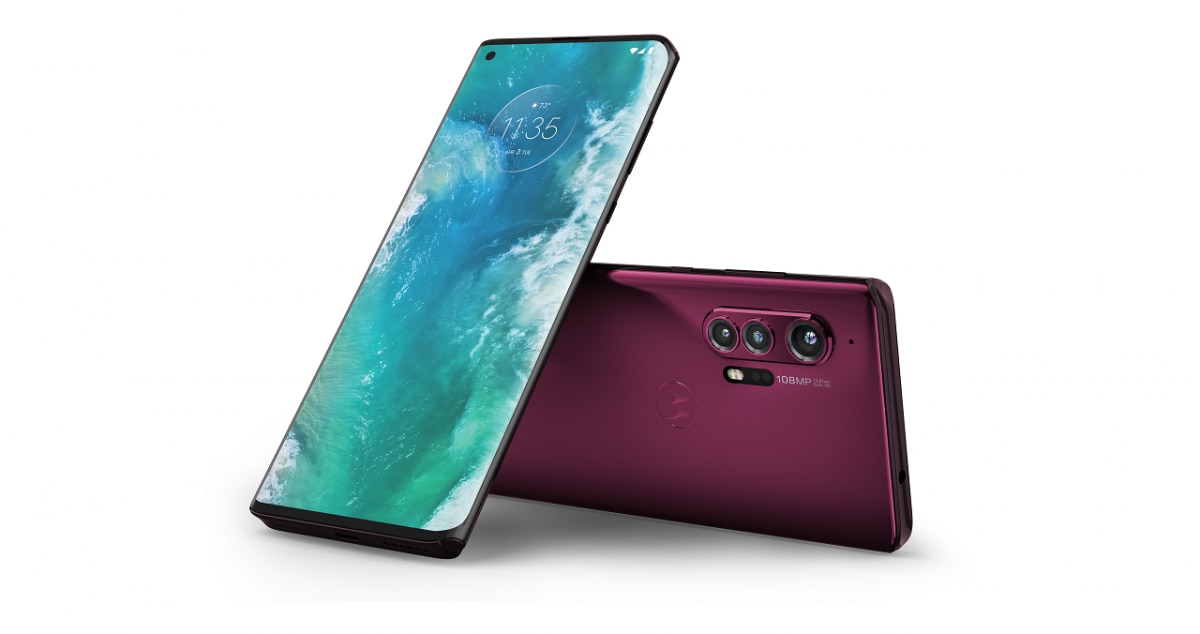 -The Edge series is the only flagship series in the market right now that offers a stock Android interface. Both the phones are on Android 10 and will be updated to Android 11 when it becomes available.

-The Edge and Edge+ are the only premium phones this year to come with a 3.5mm headphone jack. Both of them also get stereo speakers.

The standard Motorola Edge is yet to carry a price tag but it will be available later in the summer in only a single variant. The Edge+ also gets one variant and you have to spend $999 for it.

Motorola will announce the Edge+ for the Indian market too but the local prices will be different and we will have to wait for the company to announce it officially.