As per reports, Motorola is preparing to launch three new Motorola smartwatches in the market. 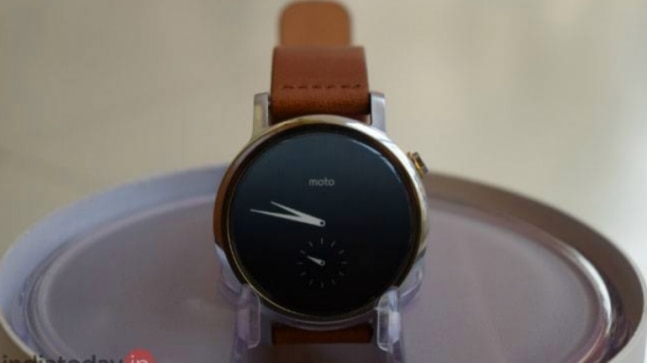 Twitter user Felipe Berhau has shared a few pictures of the speculated Motorola watch and claimed that the company will launch the smartwatches soon. "Not gonna claim this is exclusive since I got it from a sales presentation but seems like a square-ish Moto Watch and a new @moto360 are coming soon," he wrote. Felipe also shared the launch dates of the smartwatches. He revealed that the Moto G smartwatch would be launched in June 2021 and the Moto Watch and Motorola One Watch will be launched in July 2021. Although the specifications of the watches have not been leaked, it is expected to come with Google Wear OS. Moto G smartwatch could be the cheapest in the lineup considering the "G" moniker. If reports are to be believed, Motorola has collaborated with Flipkart for its smartwatches so they could be launched exclusively on Flipkart. As of now, Motorola has not shared any official details about its upcoming lineup of smartwatches.

Motorola is currently busy launching budget smartphones in India. The company recently launched the Moto E7 Power in India in entry-level smartphones. Motorola is now speculated to launch the Moto G30 and Moto G10. Tipster Mukul Sharma took to Twitter to reveal that Motorola plans to launch Moto G30 and Moto G10 in India soon. He said that the launch could take place in March and "could very well happen in the first week if things go as planned." Motorola is yet to make an official announcement about the smartphones

The smartphones are driven by Qualcomm Snapdragon chipsets and come with interesting camera specs.

Should you invest in Bitcoins? Bill Gates says yes but only if you are Elon Musk