After unveiling the Moto E7 Plus, Motorola is likely to unveil its smaller counterpart-Moto E7 in the markets soon. 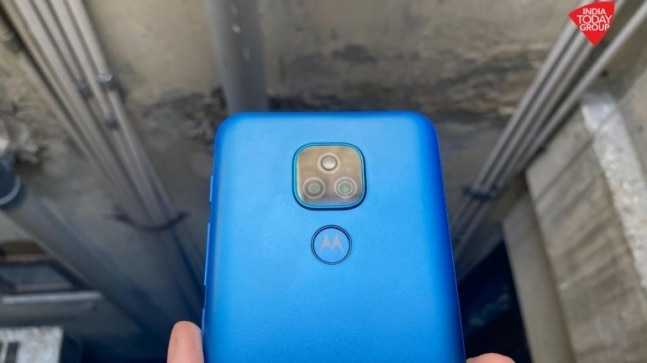 After unveiling the Moto E7 Plus, Motorola is likely to unveil its smaller counterpart-Moto E7. The rumored smartphone has appeared on a Canadian carrier that reveals a lot about its specifications. Reports have claimed that the upcoming device by Motorola would be cheaper than its elder sibling, the E7 Plus.

As per a report by GSMArena, the Moto E7 will feature a 6.2-inch HD+ LCD with a 19:9 aspect ratio. It would feature a waterdrop notch on the front. In terms of camera, the smartphone will have 13-megapixel primary camera along with a 2-megapixel camera. The camera module will also house an LED flash. The report has also claimed that there will be a fingerprint sensor at the rear.

There was no information about the processor but some reports had earlier revealed the smartphone could come with a Snapdragon 632 chipset and paired with up to 2GB RAM and 32GB internal storage. In terms of battery, the smartphone is expected to house a 3,550 mAh battery without support for fast charging.

Motorola did a fair job with the Moto E7 Plus, which is now selling for Rs 8999 on Flipkart. The phone has a good processor and powerful camera specifications that can appease a lot of buyers. Topping that, the phone provides a clean Android experience.

We got a chance to review the Moto E7 and here is what we felt about it: Well, there is no reason for us to say that you should not buy this phone if you are not planning to spend more than Rs 10,000. In just Rs 9,499, with the E7 Plus, you get a fantastic camera, near stock-Android experience, and a decent chipset that drives the show. Though, you do miss out on the fast charging. But then, we can't always have everything on a phone in this price range. However, if your budget is higher than Rs 10,000 and you cannot do without fast chargers, then you can go for the latest Realme Narzo phones or something from the Redmi 9 series.

iPhone 11 in Amazon sale VS iPhone 11 from Apple Store, this comparison is a little complicated