Motorola Moto E7 Power to launch in India on February 19: Here is everything we know so far

The India launch date of Motorola Moto E7 Power was confirmed through a listing on Flipkart. 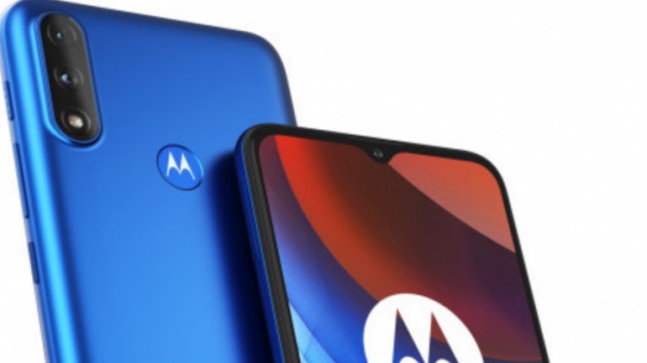 In the Flipkart listing, Motorola confirmed that the smartphone will be launched with a 5000mAh battery along with 4GB of RAM and 64GB storage. However, nothing apart from this was confirmed by the company.

However, the Moto E7 Power had appeared on Geekbench a few days ago. The listing on Geekbench had revealed some of the major specifications of the smartphone that is yet to be launched in India.

The listing on Geekbench and other previous leaks suggest that the Motorola E7 Power will be powered by a MediaTek Helio P22 processor coupled with 4GB of RAM and come with support for Android 10. The Geekbench score also reveals that the E7 Power has a fairly decent processor. The smartphone has scored a single-core score of 152 and a multi-core score of 879. The higher the score, the faster the chipset would be.

The Moto E7 Power will feature a 6.5-inch HD+ (720x1600 pixels) IPS LCD screen. On the front, there is a waterdrop notch with a thick bezel around the corners. The smartphone will be powered by a MediaTek Helio P22 chipset coupled with 4GB of RAM and 64GB of expandable storage. The smartphone runs on Android 10 and houses a 5,000mAh battery. It will also come with support for a 10W battery. The battery and screen size of the smartphone has already been confirmed by Motorola.

Moto E7 Power comes with support for Wi-Fi, Bluetooth 5.0, GPS, a headphone jack, and a micro-USB port. Although Motorola has not officially shared any information about the smartphone, it is expected to launch in the entry-level segment. The smartphone is expected to be priced under Rs 10,000 in India.

Poco M3 with 6000mAh battery goes on sale today, is it worth buying?