Motorola is working on a smartphone with mid-range specifications and 5G support but tipsters are divided over what it will be called. 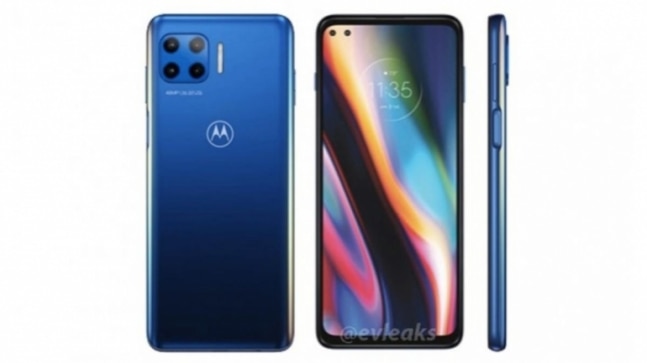 Motorola is reportedly working on a smartphone that could be launched under the Edge series soon. It is called Moto Edge Lite and reported to have less powerful specifications than the Moto Edge+. Now, a fresh leak has claimed that the Moto Edge Lite may launch as Moto G 5G, instead, which means the Moto Edge+ will not have a stablemate after all. But, at the same time, Motorola could be looking to finally bring its G-series to the 5G club. Additionally, there is a rumour that there could be a Plus variant for the Moto G 5G but details on this model are scarce at this moment.

The Moto G 5G is reported to come with a FHD+ display with a dual punch-hole, an aspect ratio of 21:9, and a refresh rate of 90Hz. The display size has not been provided in the leak but there are dimensions of the smartphone, which are 167.98x73.97x9.59 mm. The smartphone will be powered by a Qualcomm Snapdragon 765G processor paired with 4GB of RAM and 64GB of internal storage. There will be a microSD card slot in a hybrid SIM tray. It will support 5G in eligible markets, and have Wi-Fi, Bluetooth, and other connectivity options.

The specifications list for the Moto G 5G also include the cameras it is going to come with. The smartphone will have a 48-megapixel main shooter at the back, accompanied by an 8-megapixel ultrawide sensor, a 5-megapixel macro sensor with autofocus, and a 2-megapixel depth sensor. There is no information on what the front-facing cameras are going to be, but we do know there will be two of them for selfies. The Moto G 5G will have Android 10 without many customisations. Moreover, the smartphone will be backed by a 4800mAh battery with 18W fast charging support. It is no surprise given Motorola's track record of putting massive 5000mAh batteries on most phones.

Coronavirus impact: Apple to close 24 stores in seven US states