Motorola is coming up with another Moto G series phone that seems to be all about performance. The phone appears to be a rebranded Moto G model. 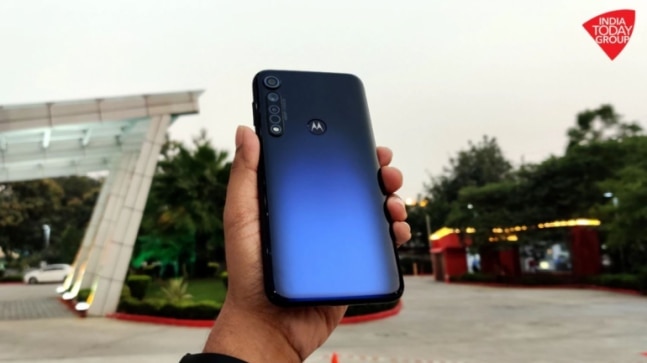 At this point of the year, Motorola is randomly coming up different variants of the Moto G8 series in different markets. The US market got a pair of new Moto G models, one focusing on battery life whereas the other one bringing a stylus. India got the Moto G8 Plus last year at a fairly affordable price while just a week ago, it came up with the Moto G8 Power Lite. Just as you assume Motorola may run out of new Moto G models, there's new one teased.

The US market is going to get another new Moto G model based on the G8 and Motorola is calling it the Moto G Fast. Yes, the phone is called the Fast and as you hope, Motorola says it is all about the performance. As spotted by PusleMouse, the teaser states that the G Fast will use an octa-core Qualcomm processor but it's unknown as to which chip will the phone be relying on.

What's surprising is that for a phone that's called Fast, Motorola has only given it a mere 3GB of RAM, which as we all know isn't enough for an Android phone to be fast these days. Motorola may say that its optimised stock Android experience should help with fast performance but we will have to wait for the official specifications to see whether that could be possible.

The Moto G Fast also has a display that looks similar to the Moto G8 Plus. There's a triple camera setup at the back, with one of them being a macro camera. Motorola is also teasing a long 2-day battery, which means it could stuff in a big 5000mAh battery. At this point, it seems that Motorola is simply mixing stuff from its parts bin for new Moto G models. Most of Motorola's budget smartphone have started to look identical and in terms of features, they don't have much to offer. The company took off in a positive direction with the One series of phones last year but it seems that Motorola may not be pursuing that way anymore.

In India, Motorola recently announced the G8 Power Lite and offers it as an entry-level smartphone that focuses on battery life primarily. The G8 Power Lite also has a triple camera setup to offer.

Should Motorola keep introducing new version of the G8 or focus on getting the next generation G9 right? There are two midrange Motorola smartphones coming soon in the form of Moto One Fusion+ and Motorola Edge.