The Moto G30 and Moto G10 Power have landed in India with rather impressive price tags. 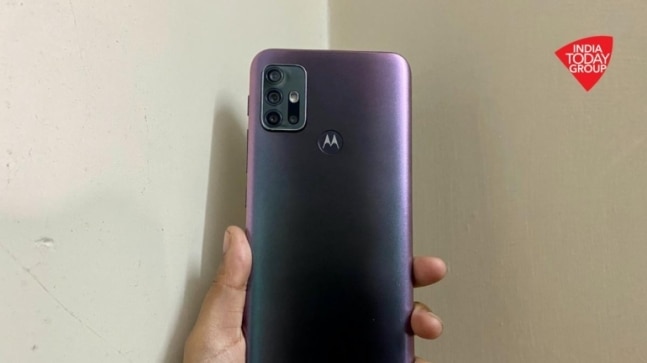 Expanding the G series in India, Motorola has launched two budget smartphones in India. The Moto G30 and Moto G10 Power have landed in India with rather impressive price tags. Motorola's G series one of the most popular and sought-after series in India. The fondness for the G series started with the first Moto G phone that was the go-to device for people looking to buy a phone in the budget category.

Moto G30 comes along with an impressive price tag given the specifications. It is launched at Rs 10,999 in India for the 4GB and 64 GB variant. From a vantage point, Moto G30 seems like the perfect bang for the buck but does it really deliver? We got to spend some time with the device and this is what we feel.

Motorola has always kept its design simple and elegant. Not much experimentation has ever been seen. With the Moto G30, Motorola has obviously ditched the square-shaped camera island and opted for a rectangular camera module. The metal camera island that houses four sensors and an LED flashlight enhances the look of the device. There is Motorola branding on the middle of the rear panel which also doubles up as the fingerprint sensor. That is something Motorola has maintained in all the smartphones it has launched in recent times.

Another interesting bit about the design of the smartphone is the interesting color options that it comes with. It has been launched in two colors Dark Pearl and Pastel Sky. I got the former for review. The rear panel is slightly glittery but does not look cheap. The sparkles are subdued. It also has a gradient pattern and switches colours when you turn the phone in a particular direction. So that is a welcome change considering Motorola has also stuck to simplistic color patterns. However, the glossy rear can attract fingerprints. So to avoid that you can always use the cover inside the box

Coming to the display, Moto G30 comes with a 6-5-inch HD+ display. The display produces bright visuals and has good viewing angles. So even under direct sunlight, you would not have to squint your eyes to look at the screen. It also good or gaming purposes and also if you like to watch web series and movies on your mobile. The smartphone fits comfortably and one-hand operations are a breeze. It is also quite lightweight as compared to the previous Moto phones and even its g10 power.

Moto G30 is powered by the Snapdragon 662, something we have seen in some of the Motorola phones including the Moto G power. The smartphone runs on the latest Android 11 out of the box. Another interesting feature that the Moto G30 comes with is the ThinkShield security layer that protects the phone from intruders.

In the camera department, the Moto G30 comes with four camera sensors which include a 64-megapixel primary sensor along with three other sensors for ultra-wide shots, macro, and more. We are yet to fully test the camera performance but our first brush with the camera tells that the primary camera puts up a good show. In order to know what we think about the performance and the camera of the Moto G30, stay tuned to India Today Tech for a complete review. It is coming soon.