Motorola is also rumored to launch the flagship device Moto G100 globally, which is also the rebranded version of the Moto Edge S which was launched in China. 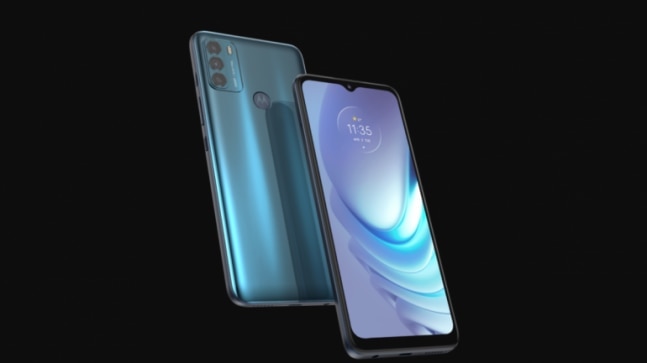 Motorola has quietly made yet another budget smartphone official. The company on Thursday launched the Moto G50 in Europe. The phone has been launched in the budget segment and hence comes with a modest spec sheet. Motorola is also rumored to launch the flagship device Moto G100 globally, which is also the rebranded version of the Moto Edge S which was launched in China.

Motorola was also speculated to be working on the Moto G60, the mid-range smartphone with interesting specs. The phone could be launched in India soon as it has received the US Federal Communications Commission (FCC) and the Indian regulator (Bureau of Indian Standards, BIS). There is no information on whether the Moto G50 will be launched in India or not. The company had previously launched two new smartphones under the G series including the Moto G10 Power and the Moto G30. So let us have a look at the price and specifications of the Moto G50

Motorola has launched the Moto G50 at a starting price of 249.99. In countries like Spain, the device can be bought for 269. The phone has been launched in a single 4GB variant with two storage options including 64GB and 128GB storage. The smartphone has been launched in two interesting colors including Aqua Green and Steel Gray. As far as the availability is concerned, it will go on sale in Spain from April 15. The launch details of the other markets are not available yet.

The Moto G50 features a 6.5-inch Max Vision HD+ with a high refresh rate of 90hz. The display comes with a waterdrop notch on the top and a resolution of 1600×720 pixels. The smartphone is powered by a Snapdragon 480 chipset coupled with up to 4GB of RAM and 128GB storage which can be expandable using a microSD card.

In terms of the camera, the smartphone features a triple camera setup on the rear which includes a 48-megapixel primary sensor, 5-megapixel macro sensor, and a 2-megapixel depth sensor. On the front, you get a 13-megapixel camera for selfies.

The Moto G50 houses a 5,000mAh battery with support for 15W charging. For connectivity, it uses Bluetooth 5.0, NFC and runs on Android 11 out of the box.

Micromax In 1 goes on sale today for Rs 9,999, should you buy this Made in India smartphone?