Motorola's entry-level smartphone Moto G8 Power Lite will go on sale today via Flipkart at 12 noon. Should you buy it? Read on to know more. 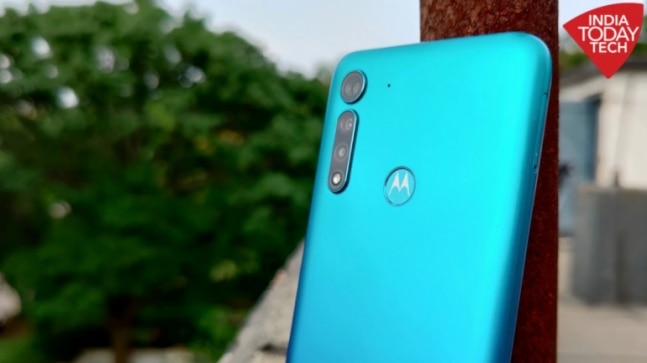 Motorola had launched the Moto G8 Power Lite at a price of Rs 8999. With many competitors around, Moto G8 offers long battery life and a triple rear camera setup on the rear. The device is available on Flipkart only.
So should you buy this device by Motorola? Check out the specifications and features to know more.

The Motorola Moto G8 Power Lite features a 6.5-inch HD+ LCD display with narrow bezels and a small notch at the top. It is powered by a MediaTek Helio P35 SoC paired with upto 4GB of RAM and 64GB storage capacity, which can be expanded to 256GB using a microSD card

Motorola Moto G8 Power Lite houses a massive 5000 mAh battery with support for a 10W fast charger. The device has a micro USB port to charge itself.

The smartphone comes with an Android 9 Pie but Motorola had promised an update to Android 10, which is the latest in the market currently.

Motorola Moto G8 Power Lite flaunts an all-plastic unibody body design, that was previously seen in G8 Plus and the One Macro. The device comes in two color options the Royal Blue and Arctic Blue. At 8999, it is the cheapest device offered by the company.

In terms of the camera, Moto G8 Power Lite features a triple-camera setup on the rear which comprises of a 16-megapixel primary sensor, supported by a 2-megapixel macro camera and a 2-megapixel depth camera. On the front, it features an 8-megapixel camera for selfies.

We at IndiaTodayTech got a chance to review this device and here is what we feel: Motorola has done a couple of things right, including the display quality, battery life, clean Android experience, and a nice camera setup (main camera). Additionally, it looks great. There are some drawbacks too, especially when you consider the older Helio P35 chip, an outdated Android version, an average front camera and micro USB port. As a consumer, it completely depends upon you whether the combination of these pros and cons make sense