The Moto G8 is powered by a Qualcomm Snapdragon 665 SoC under the hood. 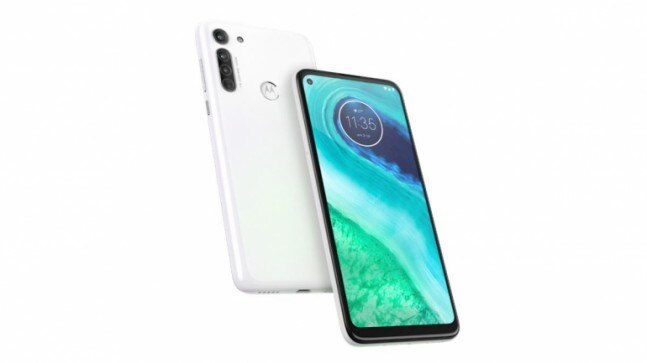 Motorola has launched a new member to its G series of smartphones. The Moto G8 has come out of the rumour mill and made its debut in Brazil for now. The latest Motorola handset brings specifications that, in a way, counterbalance the other variants in the series Moto G8 Play, Moto G8 Plus, and Moto G8 Power. It has an 8-megapixel camera on the front residing inside a punch-hole design, and three cameras at the rear. It also fits the pricing hierarchy among its siblings under the series.

The Motorola Moto G8 is priced at BLR 1,299 for the lonesome variant in Brazil. The pricing translates to Rs 21,000 in India but that's just a converted price. The official pricing could be way lower, considering the Moto G8 Plus was launched at a price of Rs 13,999 in India. We believe the Moto G8 will cost around Rs 10,000 as and when it launches in India. Motorola has confirmed that it will bring the smartphone to other markets in Asia, Australia, Europe, and Latin America.

The Moto G8 has two colour options White Prism and Capri Blue (as per the translated version).

The Motorola Moto G8 has some vanilla specifications when compared with the Moto G8 Plus. It has a 6.4-inch MaxVision HD+ display with a resolution of 720x1560 pixels and an aspect ratio of 19:9. It has a pixel density of 269 PPI and a screen-to-body ratio of 88 per cent. The smartphone is powered by an octa-core Qualcomm Snapdragon 665 processor paired with 4GB of RAM and 64GB of internal storage, which can be expanded via microSD card by up to 512GB. It runs Android 10 with stock-esque interface.

Coming to photography, the Moto G8 brings three rear cameras onboard a 16-megapixel main sensor with an aperture of f/1.7, an 8-megapixel wide-angle sensor with f/2.2 aperture and a FOV of 118 degrees, and a 2-megapixel macro sensor with an aperture of f/2.2. The cameras are capable of recording 4K resolution videos at 30fps and 1080p videos at up to 60fps. For selfies, the smartphone comes with an 8-megapixel sensor that resides inside the punch-hole on the display. The smartphone has face unlock and a fingerprint sensor.

The Moto G8 is backed by a 4000mAh battery under the hood. The connectivity options on the smartphone include Wi-Fi, Bluetooth, GPS, 3.5mm headphone jack, and a USB-C port. The smartphone weighs 188.3 grams.

These prepaid plans by Jio, Airtel and Vodafone Rs 300 are best for your pocket