Tipster Nils Ahrensmeier spotted the new images of the Motorola Nio and shared the pictures on Voice. The tipster has revealed that the phone will be available in a color called "Sky". 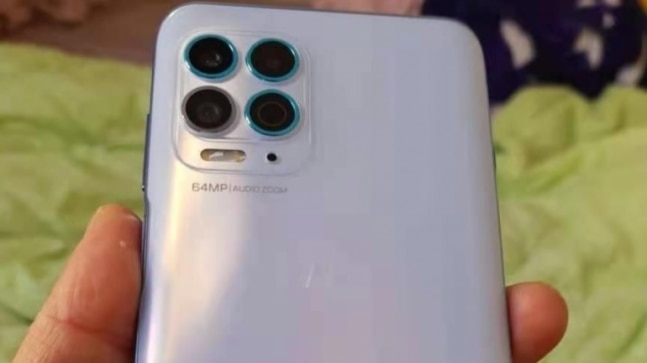 The renders of a Motorola phone that have been codenamed Nio has surfaced online. A tipster has spotted live images of the Motorola in a new color. The pictures have also revealed the design of the smartphone. The picture shows four camera sensors inside a square-shaped island. On the front, two punch hole cutouts can also be spotted. Motorola is rumored to launch the smartphone with the latest Snapdragon 800-series chipset.

Tipster Nils Ahrensmeier spotted the new images of the Motorola Nio and shared the pictures on Voice. The tipster has revealed that the phone will be available in a color called "Sky".

"Saw them originally on Weibo and took them together in a Picture with my leaked Pic earlier. The color shown is called Sky, there's also a "Beryl" Version according to Adam and my Info. I can't say as of right now if Nio is the rumored Motorola Edge S but there is a possibility. Adam and I have been in close talk with Insiders, and we may confirm something in the future," he wrote on Voice.

On the rear of the smartphone, '64MP' and "Audio Zoom' are written on the rear panel of the Motorola Nio. It has been written under the camera island. The Tipster has suggested that the phone is codenamed Nio but in reality, it could the Motorola Edge S, reports about which has surfaced online.

Earlier, a report by Digital Chat Station had stated that the Motorola Edge S will feature the Qualcomm Snapdragon 800 chipset. Nothing apart from the information about the chipset was shared by the tipster. Motorola too had teased the Edge S on the Chinese counterpart of Twitter, Weibo. Now that Motorola has teased the chipset, it could soon reveal some details too about the phone.

Coming to the Geekbench score, the Motorola Nio had scored 958 on the single-core test and 2969 on the multi-core test. The higher the score, the better as it determines the capability of the processor. The listing had appeared on December 29, 2020. The rumors are strong that the smartphone could be launched in the first half of 2021.

7Artisans may announce 4 mirrorless lenses for Nikon and Canon cameras