Motorola One Fusion+ teased for India, could come with Snapdragon 730G chipset

Motorola is about to launch its first One series smartphone for 2020, complete with a pop-up camera and even a Snapdragon 730G chipset. 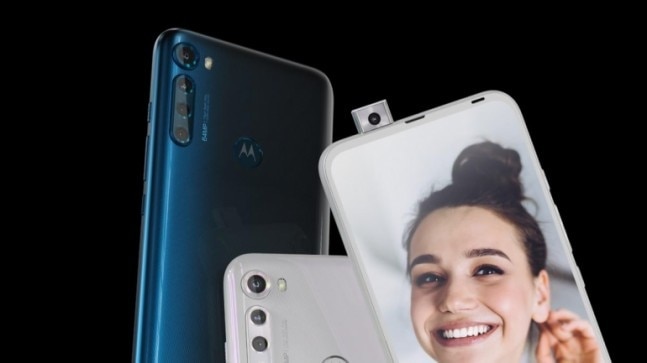 Motorola is on a roll this year. After starting 2020 with the Razr and Edge+, the company is turning to the budget segments. It came out first with the G8 Power Lite in the sub-Rs 10,000 segment and now, Motorola is coming up with another phone possibly in the sub-Rs 20,000 segment. The official teaser from Motorola India suggests that it is bringing One Fusion Plus to the market and if you take into consideration the leaks, it is going to be a rocking offering.

While Motorola India has only teased a blueprint of the phone, confirming a fullscreen display with no notch or cutout and a pop-up camera, leaks have mentioned a lot of features about the same. This phone is said to be the Motorola One Fusion+ that was announced globally earlier this week but the Indian model could be different.

Popular tipster Mukul Sharma has confirmed on Twitter that the Indian variant of the Motorola One Fusion+ will use the more capable Snapdragon 730G chipset instead of the Snapdragon 730 from the global model. This should give the phone a kind of a performance boost that gamers on a budget seek. The Realme X2 and Poco X2 are the only phones in India with this chipset.

Mukul Sharma also mentions that the One Fusion+ is launching on June 16 and the price is expected to be in between Rs 15,000 to Rs 20,000. This could make it a Poco X2 rival and given the rest of the specifications that are there on the global model, this could end up being the performance smartphone of choice this year.

The global model of the One Fusion+ features a 64-megapixel main camera along with a 8-megapixel wide-angle camera, a 5-megapixel macro camera and a 2-megapixel depth camera. Motorola is using a 6.5-inch Full HD+ LCD display with narrow bezels and to keep the phone alive, there's going to be a 5000mAh battery.

Of course, these are leaks and you should take them with a pinch of salt. However, the One Fusion+ could help Motorola get back in the game in the form of a solid midrange smartphone offering. The One Fusion+ is a drastic upgrade from last year's One Vision in terms of performance, cameras and battery life.

Additionally, the One Fusion+ will be one of the few phones in the market running on stock Android and Motorola is usually good with delivering Android updates to its mid-range phones.

Jio Fiber Amazon Prime offer now officially rolling out: Here is what you get