The pictures have leaked amid the rumors of Motorola launching its flagship device with Snapdragon 888 in 2021. 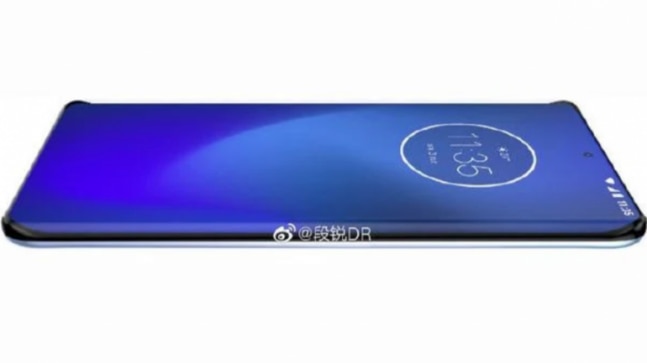 As per my smart price, the renders of the mysterious Motorola phone shows a punch-hole display. The screen appears curved from all four sizes and by the looks of it, the display could have a high screen-to-body ratio. One can also expect an in-display fingerprint sensor. The pictures that were shared on Weibo shows the front and rear side of the phone. On the rear, one can spot a rectangular-camera module with three camera sensors and led flashlights.

On Geekbench, the phone has scored 958 on the single-core test and 2969 on the multi-core test. The smartphone bears model number XT2125. Speculations were rife that Motorola would launch its next flagship device in 2021.

Earlier, Chen Jing, general manager of Lenovo, had teased the launch of the smartphone on Twitter's Chinese counterpart Weibo. As per GizChina, Chen Jing had shared the packaging of the Motorola phone with Snapdragon 888 processor, which was made official a month ago. Chen said that the presentation of the phone will take place very soon and that the phone could come with many interesting features. Qualcomm Snapdragon had shared the list of manufactures that would launch smartphones with Snapdragon 888 SoC and Motorola was one of them.

Nokia 2.4 down to lowest price on Paytm Mall in limited-period deal