Motorola Razr 2020 finally gets a release date: All you need to know

After months of speculations and leaks, Motorola's next premium device finally gets a release date. 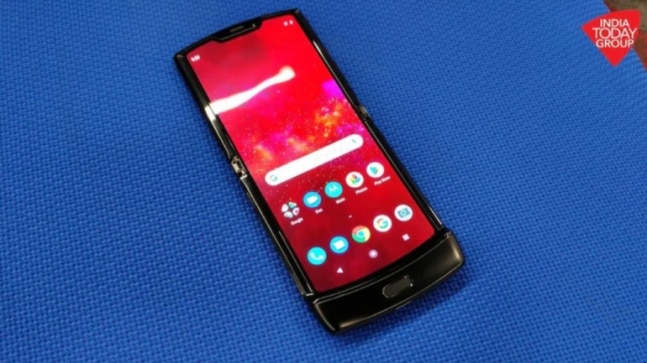 After months of speculations and leaks, Motorola's next premium device finally gets a release date. The smartphone maker had teased the launch on its upcoming foldable device—Motor Razr in a media invite that was sent to the journalists. The invite reveals that the smartphone, touted to be Moto Razr 2020, will be launched on September 9. Although not much has been revealed on the short teaser invite, the company claims that the smartphone will "flip the smartphone experience once again."

The teaser, which has been sent as an invite, shows a glimpse of the side of Moto Razr 2020. From the fleeting clip shared by The Verge, you can spot the device in gold colour. Interestingly, the Motor Razr that is currently available in the market comes with a gold colour option too. There was also an uncanny similarity between the fonts that are used to announce the launch date of Moto Razr 2020 and the previous model. Motorola had also used the word "flip" in the teaser of the Moto Razr 2019.

While one doesn't need to scratch his head hard to understand what Motorola is hinting at, the upcoming device is speculated to be a major upgrade over the previously launched Moto Razr. The company unveiled its first Android foldable device last year with a flexible OLED display at a price of Rs 1,24,999 in India. The exorbitant price did draw a lot of buyers and therefore the company came up with the decision to bring a more feature-rich foldable device in the form of Moto Razr 2020.

As per the leaks and speculations, the Motorola Razr 2020 is tipped to feature a 6.2-inch Flex View P-OLED flexible screen. The smartphone is also speculated to feature a secondary 2.7-inch Quick View G-OLED display, this can also be seen in the renders that are doing the rounds on the internet.

As far as the camera is concerned, Motorola is expected to offer improved camera specs as compared to its predecessor. The foldable smartphone is tipped to come with a 48-megapixel primary camera and a 20-megapixel camera for selfies. If the rumours turn out to be true, the buyers will see a major upgrade in terms of the camera as the first generation Moto Razr featured a 16-megapixel primary camera at the rear and a 5-megapixel camera for selfies.

In the latest leaks, the Moto Razr 2020 was seen in a silver mercury colour and a secondary screen on the rear of the device.

ALSO READ: | Apple iPhone 12 likely to arrive in October: Here is everything you need to know
ALSO READ: | Redmi to launch its first gaming laptop on August 14: Here are all the details
ALSO READ: | Twitter is testing ways to auto-translate tweets to users' preferred language
TweetYoutube
Tags: Motorola