The Motorola Razr is now available in Gold in India. The price remains unchanged and so do the specifications. 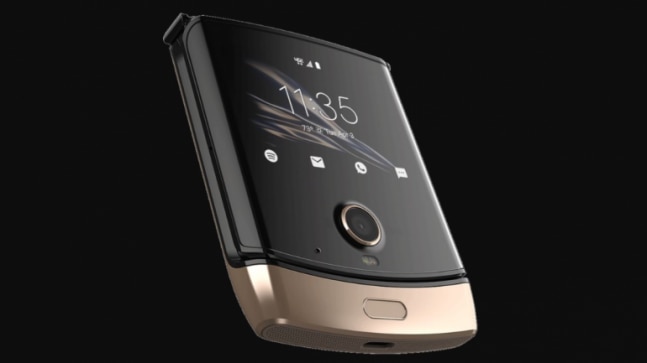 The Razr is one of the few folding smartphones you can buy in India today. Motorola announced its most expensive phone for India back in April, competing with Samsung's Galaxy Z Flip. The Razr does not have the high-end specifications but it has an unmistakable presence with its nostalgic design. The phone looks stunning but if you wanted to stand out further with the Razr, then here's some news: the Razr is now available in Gold.

The Gold variant of the Razr introduces a matte gold finish for the rear panel and the chin that holds the front fingerprint sensor. The camera also gets a matching gold ring although the glass area is still black.

The Razr recently got the Android 10 update in India and Motorola brought with it a couple of nifty new features for the 2.6-inch Quick View display on the outside. Users can now use it to text people, make calls, access shortcuts, use it as a viewfinder and see card-based notifications from various apps. Motorola also promised future software updates with more features to be added.

When it comes to specifications, the Razr may lose out to some cheap Chinese smartphones. The Razr only comes with a Snapdragon 710 chipset that's paired with 6GB RAM and 128GB storage. However, the Razr's party piece is its flexible 6.2-inch OLED display that folds from the middle.

The plastic OLED display makes use of a clever hinge system that avoids any sort of crease. The arrangement also makes the display on the Razr slide under the chin. The Razr is also the only foldable smartphone currently to feature water resistance.

That said, there are rumours of Motorola working on a sequel to the Razr, expected to be unveiled later this year. Some rumours have suggested that the new Razr will rely on the Snapdragon 765G chipset, enabling 5G connectivity, more RAM as well as storage, and highly upgraded cameras. However, this second-generation model may be limited to the US and Chinese markets.