Motorola Razr now gets support for Jio eSIM in India: Here are all additional offers

Jio has rolled out support for its eSIM services for the Motorola Razr in India. The Razr will go on sale from April 2. 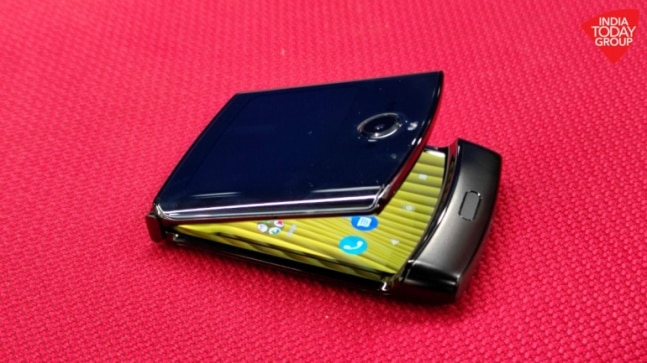 Earlier this week, Motorola announced its flagship offering for India in the form of the Razr it's first folding smartphone. The Razr features a folding OLED display but it brings the nostalgic flip phone form factor back to the world of smartphones this year. In order to get that sleek form factor, Motorola has removed a physical SIM card slot and opted for an eSIM option instead. Since the phone is supposed to go on sale in a few weeks, Jio has already rolled out support for its eSIM service on this phone.

Jio in an official statement has said that it has enabled support for its eSIM service on the Motorola Razr. With the eSIM service, Jio users will be able to make calls, access the Internet and use other web-based applications on the Razr. All existing Jio users can convert their physical SIM cards to eSIM without any additional charge. The eSIM service will be applicable for both prepaid and postpaid connections.

Apart from the eSIM service, Jio is also bundling some special offers for all Razr customers in India. Jio says that Razr users on Jio network will avail unlimited services for free for one full year. On top of that, double data benefits will be applicable for the annual Rs 4,999 plan.

Coming back to the Razr, this is the first Motorola phone in India with a folding display. The Razr carries on from where the original Razr left almost a decade ago. The new model gets the same design as the original one but with added smartphone components inside. There's a smaller 2.6-inch Quick View display on the outside of the Razr for showing notifications, controlling music playback and a makeshift viewfinder while taking selfies with the main camera.

Inside, there's a 6.2-inc flexible OLED display that's supported by a clever hinge system. The hinge prevents the plastic display to develop a permanent crease but it also provides for a zero-gap design in order to avoid debris accumulation. The Razr also gets a water-resistant coating.

Internal specifications include a Snapdragon 710 chipset paired with 6GB RAM and 128GB storage. A 2510mAh battery powers the new Razr and it comes with a 15W fast charging system. You can only get the new Razr in a single Noir Black colour variant.