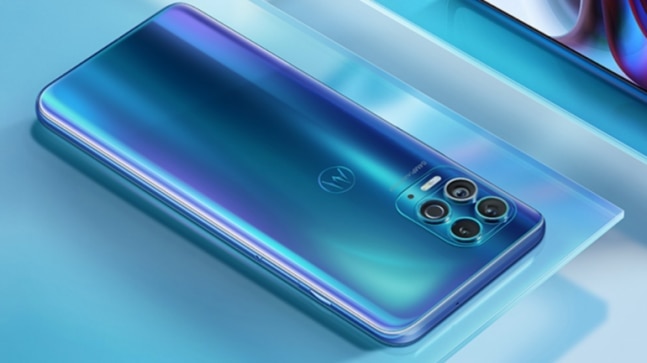 Motorola could finally launch a smartphone with Qualcomm Snapdragon 870 chipset. The Lenovo-owned company posted the teaser of its upcoming smartphone that will be powered by the above-mentioned chipset. While Motorola did not share the name of the smartphone, reports suggest that it could be the Moto Edge S which could be launched as Moto G100. The smartphone was launched in China in January.

The video teaser posted by Motorola shares a glimpse of its upcoming flagship device. A side-mounted fingerprint sensor, USB-Type C port, 3.5mm audio jack and speaker grille at the bottom of the device. The design appears similar to the Motorola Edge S that was launched in China. The reports suggested that Motorola would sell the Edge S as G100 globally. A couple of days ago, the G100 which is being called the rebranded Motorola Edge S appeared on Geekbench. The smartphone has scored 957 in the single-core test and 2815 in the multi-core test. The higher the score is, the better the performance of the chipset is.

Now if the reports turn out to be true about the Edge S being the G100, the smartphone would come with a 6.7-inch LCD display with a resolution of 2520×1080 pixels. The Edge S comes with a refresh rate of 90Hz. The smartphone features a side-mounted fingerprint sensor similar to the one in the teaser shared by Motorola.

The Edge S is powered by the Qualcomm Snapdragon 870 processor coupled with up to 8GB of RAM and 256GB of storage. In terms of the camera, Edge S features a quad-camera setup on the rear. There is a square-shaped camera island that houses four camera sensors including a 64MP primary sensor, a 16MP ultra-wide-angle macro sensor, a 2MP portrait depth-of-field sensor, and a ToF stereoscopic depth sensor. On the front, there is 64-megapixel and 8-megapixel camera sensors for selfies. The Edge S houses a 5,000mAh battery with support for a 20W fast charge.