Mumbai man writes to Jeff Bezos after a thief stole his Amazon package, gets a refund

What do you do if your Amazon package is stolen? Well, you can write to CEO Jeff Bezos like this Mumbai man did and he will fix the problem. 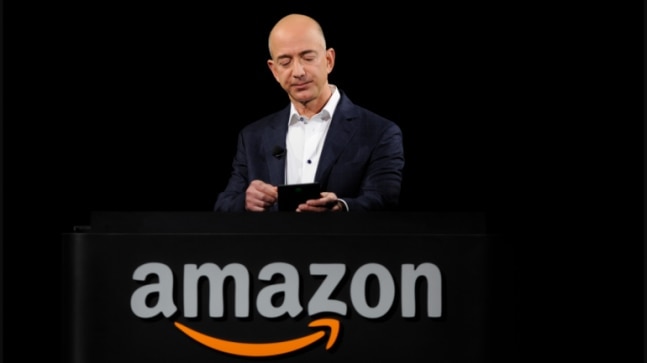 There are many popular stories about Amazon CEO Jeff Bezos and his focus on solving problems for consumers. This one goes in the same list. Recently when a customer from Mumbai wrote to Bezos about a missing package, within days Amazon executives contacted him and resolved his issue. This doesn't mean that Bezos may end reading all the emails that Amazon customers may send him but it shows that he does read some of them even if he may not reply to them.

This story concerns Omkar Hanmante, a Mumbai resident and his attempt to buy a phone for his grandmother from Amazon India website. Omkar ordered a basic Nokia phone for his grandma. But he never received it, although the status page for his order showed that the phone was delivered.

A little baffled and hassled, Omkar wrote the following email to Bezos:

Hope you are keeping well

I am very disappointed with your customer service and delivery protocols

The phone which I had ordered from amazon was not handed over to me but placed on the society gate and a thief stole it. I never received any call about delivery as well.

On top of that, your customer service team just tells me the investigation is on and gives a standard reply like I'm talking to a bot. I have the CCTV footage of the whole ordeal on below link.

The complete episode is very frustrating and I shall be thinking twice before buying from the website again."

Amazon CEO Jeff Bezos is known for reading customer emails. Even if he does not reply to a customer directly, he forwards those emails to the executives in charge. Bezos in interviews has said that he still personally reads customer emails sent to him.

Shortly after he wrote the mail, Omkar got a reply from one of the executives from Amazon's customer relations team. The executive wrote an elaborate email suggesting a way forward: "Jeff Bezos received your email and I'm responding on his behalf," this mail said.

Amazon executives soon took a fresh look at evidence of the theft that Omkar had earlier provided. The phone was delivered to the right address, it just did not go in the hands of the rightful owner as the delivery person had decided to leave the parcel at the entry gate. When the CCTV footage was accessed, a man was seen stealing the phone and walking away with it.

What followed was a resolution that took some time but Omkar got his money back.

Talking about the episode, Omkar says, "Amazon is a completely processed-based company. If a customer's case is genuine, they will refund or redeliver the product. I am very happy with the customer service and Amazon has successfully retained me as a customer."

Carl Pei makes it official, says goodbye to OnePlus with a farewell note

Donor data from narendramodi.in stolen and is on sale on dark web, alleges cyber security firm