MWC 2020: Top phones from Samsung, Huawei and others, 5G to be in focus at Barcelona

MWC 2020 will kick off on February 24 in Barcelona where major brands congregate to introduce new smartphones. 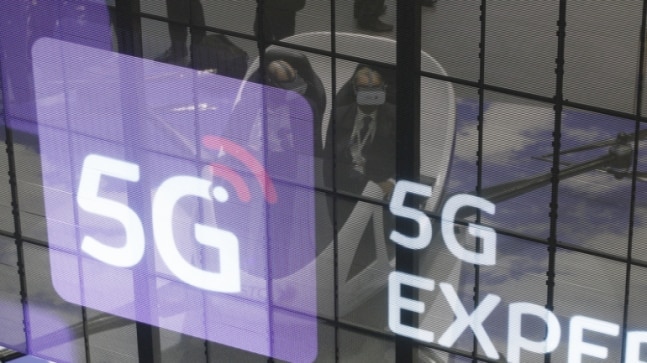 In little over 3 weeks from now, the Mobile World Congress (MWC) is going to be open in Barcelona and just like the way this trade show has set the pace for smartphones and new technologies in the previous years, this time too companies at MWC will showcase what all they are planning for 2020. Given this context, you can expect to see top phones, latest mobile technologies and 5G at the event, which is the world's biggest event of its kind focused on smartphone and cellular technologies.

The MWC 2020 is set to take place between February 24 to 27 and will see some of the biggest smartphone companies take the stage to launch brand new smartphone that will set new benchmarks for the year ahead. Brands like Xiaomi, Vivo, Oppo, Sony, Huawei and Nokia are expected to launch new smartphones at MWC 2020, whereas companies like Samsung will showcase their latest phones like the Galaxy S20 and the Galaxy Fold at the event. Notably, Realme will also make its MWC debut this year as it is expected to launch the Realme X50 Pro with Snapdragon 865 chipset.

While the main MWC trade show will begin on February 24, most of the big smartphone launches will be taking place on a day or two before. HMD Global, for example, will launch new Nokia smartphones on February 23. Vivo, too, will launch the widely rumoured Apex 2020 on the same date, while OPPO plans to announce the Find X2 on February 22.

5G is expected to be a major attraction at the upcoming MWC 2020. While Samsung and Huawei have launched a few 5G smartphones last year, the trend is expected to mainstream this year. At MWC 2020, you can expect to see a bunch of new 5G phones like the Realme X50 Pro and Xiaomi Mi 10, and possibly some affordable 5G phones powered by the latest Snapdragon 765G SoC.

Neil Mawston, Executive Director, Strategy Analytics, expects that at the MWC 2020, we are going to witness a 5G war between the top mobile companies. Writing on the MWC website, he notes, "The 5G smartphone wars are good news for mobile operators at MWC. Fierce competition and rising scale mean cheaper 5G models and a vast array of consumer choice. This gives 4G smartphone owners a reason to visit stores, upgrade to 5G, and accelerate replacement rates.

At the same time, new phones will continue to be major attractions. For example, from HMD Global we expect to see a slew of Nokia-branded smartphones that may include the Nokia 1.3, Nokia 5.2 and Nokia 8.2 5G. The Nokia 8.2 5G, in particular, will be of high interest as it is expected to be an affordable 5G smartphone powered by a Snapdragon 765 SoC.

Oppo and Vivo, meanwhile, are expected to announce high-end smartphone with next-gen technologies. The Oppo Find X2 is said to come with a 120Hz QHD+ display and 66W fast charging, while the Vivo Apex 2020 may highlight a unique camera technology.

Motorola is also expected to announce some new smartphone at MWC 2020, which could include a Moto phone with stylus support, renders of which were provided by 91mobiles recently. Motorola could also announce a flagship smartphone powered by the Snapdragon 865 SoC, but details about that phone are still under wraps.

In addition to 5G phones, MWC 2020 is also expected to see more foldable phones as well. Samsung is expected to announce the Galaxy Z Flip at its Unpacked event on February 11, and the clamshell-designed phone could be showcased at MWC. Huawei is also expected to announce the followup to the Mate X, rumoured to be called the Mate Xs. There is plenty of action to be expected at MWC 2020, and India Today will be reporting every bit of it, so stay tuned to this space for more.