Myanmar's new military government passed a directive asking the country's telecom companies to block Facebook and other apps until February 7 to maintain stability amid growing resistance to the military coup. 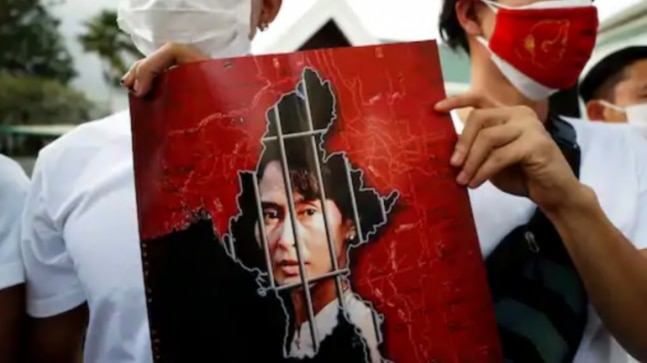 Myanmar's new military government passed a directive to the country's telecom companies asking them to block Facebook from the country until February 7 to maintain stability. Resistance to the military coup surged amid calls for civil disobedience to protest the ousting of the elected civilian government and its leader Aung San Suu Kyi. A letter posted online by the Ministry of Communications and Information, accessed by Reuters, said Facebook would be blocked until February 7 for the sake of stability.

"Currently the people who are troubling the country's stability are spreading fake news and misinformation and causing misunderstanding among people by using Facebook," the Ministry letter said. Facebook is popular in Myanmar and the ousted government had commonly made public announcements on the social media site. As per reports, half of Myanmar's 53 million people use Facebook.

Network monitoring group Net Blocks noted that the state-owned telecom MPT, which says it has 23 million users, had blocked Facebook as well as its Messenger, Instagram and WhatsApp services. According to news agency PTI, the disruption began late Wednesday night. Mobile service provider Telenor Myanmar confirmed in a statement that mobile operators and internet service providers in Myanmar had received a directive from the communications ministry to temporarily block Facebook.

"While the directive has a legal basis in Myanmar law, Telenor does not believe that the request is based on necessity and proportionality, in accordance with international human rights law," Telenor Myanmar, which is part of the Norwegian Telenor Group, said. "Telecom providers in Myanmar have been ordered to temporarily block Facebook. We urge authorities to restore connectivity so that people in Myanmar can communicate with family and friends and access important information," a Facebook spokesperson told news agency PTI. Earlier this week, Facebook said it was treating the situation in Myanmar as an emergency and taking temporary measures to protect against harm such as removing content that praises or supports the coup.

Myanmar was under military rule for five decades after a 1962 coup, and Suu Kyi's five years as a leader in its most democratic period. The charge would allow her to legally be kept in custody until at least February 15. The ousted President Win Myint is being held on a separate charge. Suu Kyi is believed to remain under house arrest at her residence, where she was kept after the army detained her.

Meanwhile, the world's longest Internet shutdown - affecting more than a million people for 19 months in one of Myanmar's ethnic conflict zones - has come to an end, a mobile operator based in the region told news agency AFP. The Internet in parts of Myanmar's troubled northern states of Rakhine and Chin was suspended in June 2019 following emergency orders issued by the telecoms department under Aung San Suu Kyi's civilian government. Following the military coup, the services were reinstated in eight townships on Wednesday.

Google Maps UI is getting a refresh, here's how the new route selection screen will look like