Netflix India has rolled out a Rs 349 Mobile+ plan that will let users stream shows in HD on mobile phones, tablets and computers. 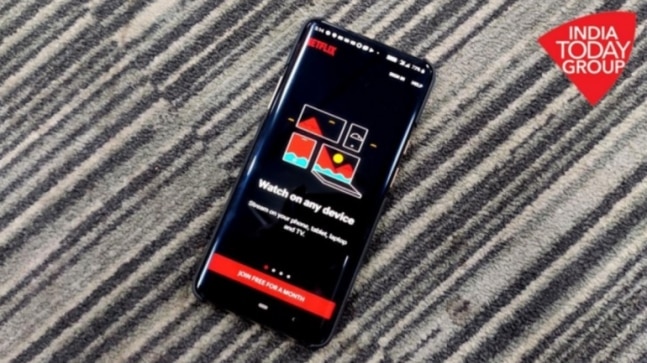 Days after streaming giant Netflix announced 17 originals for the upcoming months in India, it has started testing a new pocket-friendly plan. Netflix has started testing a new plan for mobile at Rs 349 to let users stream in HD. Dubbed as the Mobile+ plan, it is likely to be an upgraded version of the existing mobile plan that comes at Rs 199. The Rs 199 Mobile plan which is the most pocket-friendly plan being offered by Netflix comes with Standard Definition (SD). With the Mobile+ plan, users can stream in High Definition (HD) with added benefits.

Let's have a look at the Mobile+ plan in detail.

Last year, around this time, Netflix rolled out the drool-worthy Rs 199 plan for users who did not care much about the streaming quality and were okay with watching movies and shows on just their mobile phones. Now Netflix is reported to be testing an upgraded version of the Mobile plan called the Mobile+ plan. This plan is likely to come at Rs 349 with added benefits. Streaming in high definition (HD) being one of them.

The Mobile+ offer also allows users to watch content on three devices such as phone, computer, and tablet. In the standard mobile plan of Rs 199, users could only watch shows on their smartphones or tablets. The addition of laptops and computers will be made with the Mobile+ plan.

A Netflix spokesperson told India Today: "We launched the Mobile Plan in India to make it easier for anyone with a smartphone to enjoy Netflix. We want to see if members like the added choice this offer brings. We'll only roll it out long-term if they do."

The Rs 349 plan, however, allows users to view content on one device at a time as in the case of Rs 199 mobile plan. The device can be an Android or iOS. The plan also allows downloading of video content on mobile or tablets in case users want to watch something later.

If users are okay with streaming content on their gadgets or devices and are not looking to watch shows on TV, the Mobile+ plan can also be cost-effective. How? A standard Netflix plan comes at Rs 649 per month letting users stream in HD. But if a user is viewing shows on say their tablets, laptops or computers, they will only have to shell out Rs 349 for HD viewing.

As per reports, Netflix is also focusing on regional and local content to draw region-specific customers.

Users must note that similar to the standard definition mobile plan, they cannot watch shows with the Mobile+ plan on television and will have to subscribe to a basic plan or a standard plan. There is also no stream access on SmartTVs, FireTV, or Chromecast with the Mobile+ plan meaning, users cannot cast from mobile devices to the TV.

Apple iPhone 11 available for Rs 62,900 on Amazon: Here is how you can avail the offer