Netflix will be briefly free for Indian users from December 5, here is how to access it

The streaming giant announced the two-day event called Netflix Streamfest, which would let any non-subscriber browse the content on the app for free. 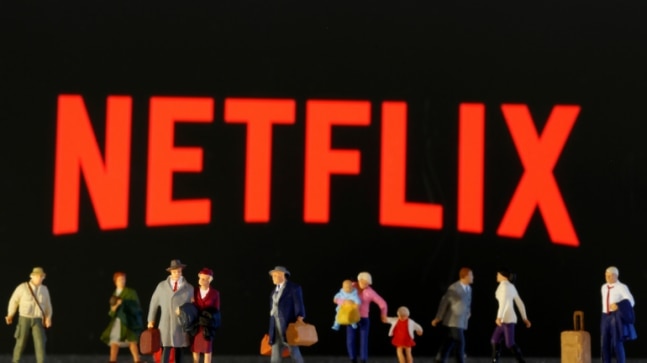 Netflix is offering free streaming for Indian users from December 5. The streaming giant announced the two-day event called Netflix Streamfest, which would let any non-subscriber browse the content on the app for free. This means that users can watch anything on Netflix without entering their credit or debit card details. The free services will live from December 5 to December 6.

The promotional offer will allow users to watch the entire Netflix catalog which includes movies, shows, documentaries, and more. So here is what you can do to access content on Netflix free of cost

— The Streamfest is strictly available for non-subscribers. This means that in order to proceed you will need an account on Netflix. For this, you will have to download either the Netflix app on your phone or visit Netflix.com/StreamFest website

— After downloading the app, you will need to sign up by entering your name, phone number, email and then create a password

— After you have successfully created your account either on the website or the app, you can access the entire catalogue for free on December 5 and December 6.

Notably, when you signup for the Streamfest, you will be given access to all the Netflix features that are available for paid users including Profiles, Parental Controls, Netflix in Hindi, My List, subtitles or dubs, Smart Downloads on mobile, and other important features.

Once you have signed up for the Streamfest, you can browse Netflix on your smart TV, gaming console, iOS, and Android apps and on the PC. However, the streaming quality would be Standard Definition (SD).

The Netflix Streamfest was tested in India a few months ago. Talking about making the app free for Indian users for two days, Netflix COO Greg Peters had said during a conference call, "An idea we're excited about — and we'll see how it goes, we think that giving everyone in a country access to Netflix for free for a weekend could be a great way to expose a bunch of new people to the amazing stories that we have. Really creating an event, and hopefully, get a bunch of those folks to sign up."

Netflix, in a bid to attract more subscribers in India, had introduced a low-cost mobile streaming plan at Rs 199. This means that the subscriber can watch shows on their Netflix app only by paying a monthly sum of Rs 199. Apart from this, Netflix introduced several short term plans to suit the pockets of the Indian subscribers. Netflix currently offers

"We have been working really hard to try and make our offering in India more competitive, more attractive to members and members-to-be, and there's a bunch of different product features we've been doing, partnerships and payments integrations," Netflix COO Peters had said about its plans to attract more users in India.

Currently, Netflix is one of the most popular streaming apps in India. Netflix competes with Amazon Prime, Disney+ Hotstar, Zee5, Alt Balaji, Voot, and more in India.