Google might launch a new Pixel device and Pixel Buds on June 11. 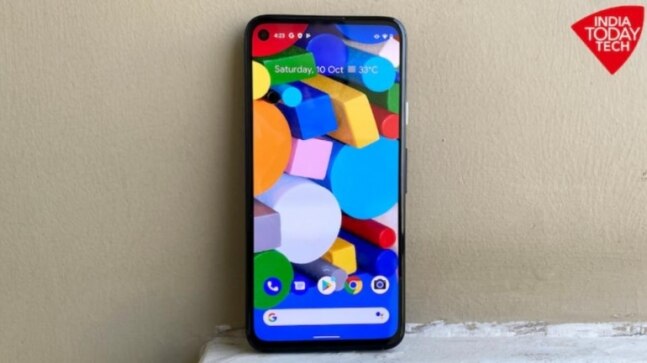 The Mountain View giant usually launches its flagship Pixel lineup in October. Hence, it's easy to predict that the upcoming device will be Pixel 5a and not Pixel 6.

More recently, Pixel 5a renders also popped up, revealing the complete design of the device. Previous renders suggest that the upcoming Pixel 5a will look akin to the Pixel 4a. This means that the device may come in the same textured plastic finish.

The rear of the device gets a similar-looking square camera module with dual camera sensors and a flash, as seen on renders.

On the front, the device is expected to get a punch-hole display with minimal bezels on the device's top and bottom. The upcoming Pixel 5a should also retain the distinct looking power button and the capacitive fingerprint scanner on the rear of the device.

The upcoming Pixel 5a is expected to feature a 6.2-inch FHD+ OLED display. Further, the upcoming smartphone's dimensions are similar to the likes of Pixel 4a 5G, measuring 156.2 x 73.2 x 8.8mm from the leaked image.

Pixel's midrange lineup has hugely improved in terms of Hardware that ships on the device. For instance, the Pixel 3a came with Snapdragon 670 SoC, whereas the Pixel 4a with Snapdragon 730G a major bump over its predecessor. Finally, the upcoming Pixel 5a is expected to ship with a Snapdragon 750G SoC.

In addition to that, the Pixel 5a may get 6GB of RAM and 128GB of UFS 3.1 storage. Moreover, it is also expected to get a 3840mAh battery with 20W fast charging support.

Leaks around the Pixel 6 and the Pixel fold are also popping up, but the upcoming Pixel 5a might be the earliest to arrive. That was all for this story. Stay tuned for more tech news.

Pixel 6: Specs, camera details, features, India price, and everything we know so far
Pixel 5a may end up looking like the Pixel 4a
Pixel 5 users can hide punch hole camera with Android 12 update