The income tax department had replaced the existing website with the new one, with a host of new features to make tax filing a smooth process for users. 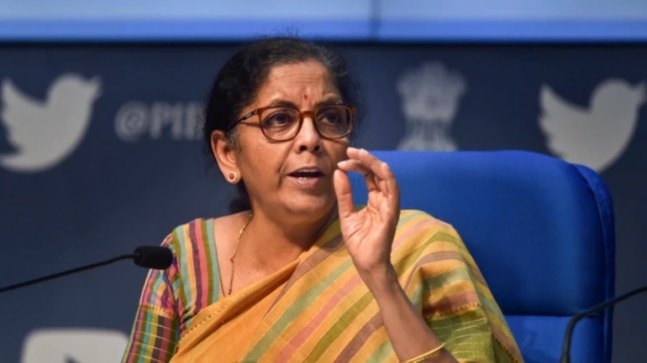 The new e-filing website of the Income Tax Department which was launched a day ago has already gone awry. The website went live at 8:45 pm on Monday but within hours, the website was marred with glitches. So much so that now Finance Minister Nirmala Sitharam is tweeting about the glitches in the newly-launched website.

The income tax department had replaced the existing website with the new one, with a host of new features to make tax filing a smooth process for users. Or so was the idea. But for now, it seems that the teething issues have impacted the whole process.

The website was inaccessible hours after going live. Sitharaman retweeted the tweet of a person who had raised an alarm about the site not working. She wrote, "The much-awaited e-filing portal 2.0 was launched last night at 20:45hrs.I see in my TL grievances and glitches.Hope @Infosys & @NandanNilekani will not let down our taxpayers in the quality of service being provided. Ease in compliance for the taxpayer should be our priority." 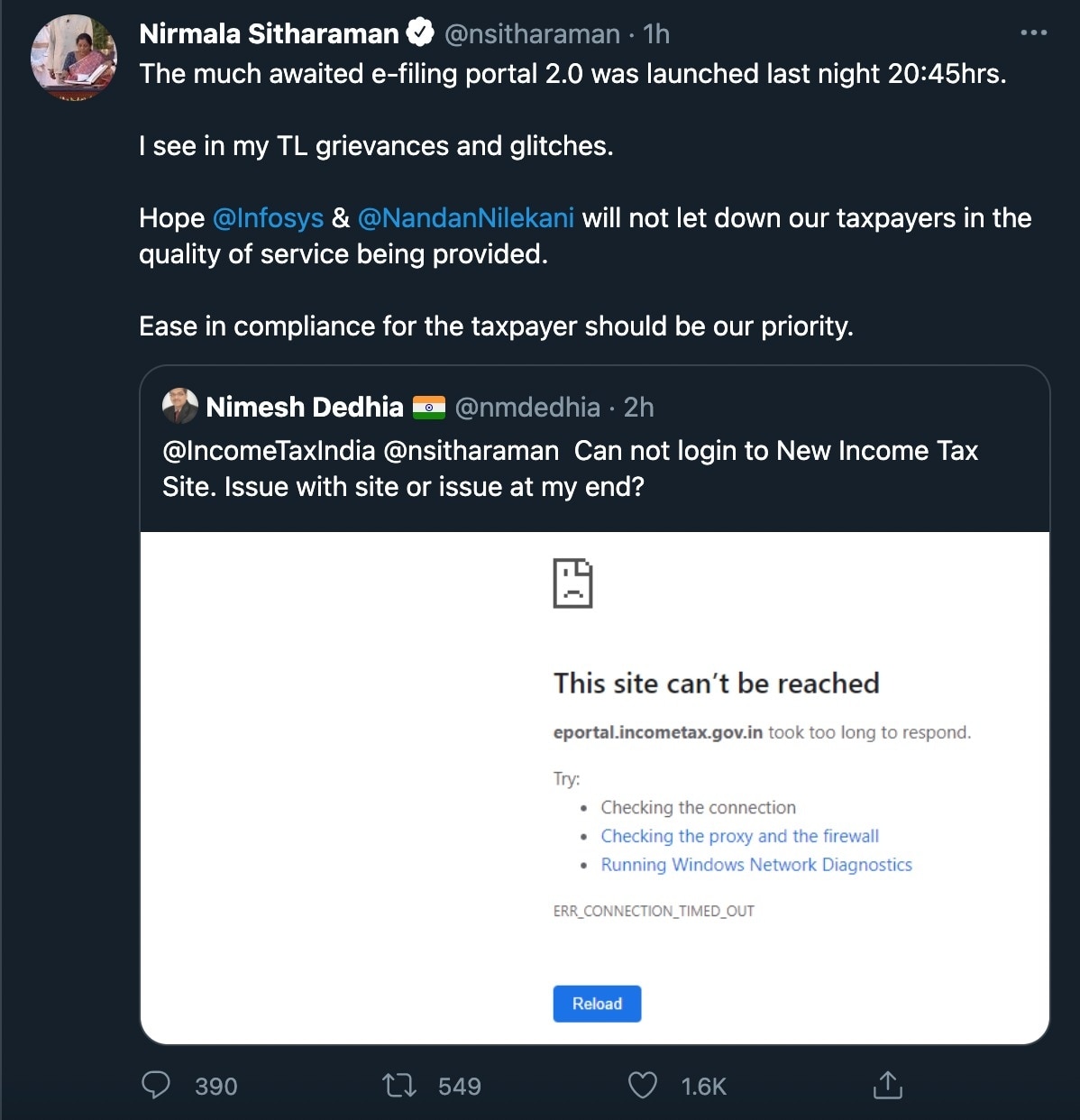 Announcing the new website, the tax department had said in a statement, "We proudly present to our valued taxpayers, the new e-filing portal. Designed with your convenience in mind, the portal offers features to make your e-filing experience smoother, simpler & smarter. You Come First, Always. The objective of this portal is to provide a single-window to the income tax related services for taxpayers and other stakeholders," it said.

While announcing the new website, the tax department also mentioned that the features including an online tax payment system and a mobile app will only be functional from June 18. But for now the whole website is intermittently crashing.

The revamped website was launched with the intention to help users file income tax reruns. The department said the website is equipped with immediate processing of Income Tax Returns to issue refunds to taxpayers. There is a single dashboard for all the actions related to tax filing.

The government had given the contract to Infosys to manage the new portal. While some users questioned the govt for collaborating with Infosys, some felt it is not nice to pull up the vendor on Twitter. "Highly unprecedented to put the vendor on the spot on Twitter. CDAC or govt agency should have done due diligence by user acceptance testing, scaling the infrastructure to handle peak load and performance sign off. Such blame games won't help," the user wrote.

Another Twitter user had asked Sithraman whether Infosys will be fined for the glitch like the users are fined for late ITR filing. "Are you going to penalize them? When a taxpayer files a return late by 1 day GST collects Rs 50 per day as a late fee even when the tax liability is zero We have never complained but simply complied," the user wrote.