The iPad Pro 2021 is expected to be launched on March 23. Here's everything we know about the upcoming iPad Pro, including India price, specs, features and more. iPad Pro received a refresh last year. It came with a faster A12Z Bionic processor, a new LiDAR scanner for improved augmented reality capabilities, dual rear cameras, improved audio and more. In addition to that, Apple introduced an optional Magic Keyboard accessory that adds a trackpad to the iPad for the first time.

It's 2021, and the focus has shifted towards the new iPad Pro 2021. We have been hearing rumours about the iPad Pro 2021 model for quite some time. However, concrete leaks around the same began to pop only recently.

Some media reports suggest that the launch of the iPad Pro 2021 model is just around the corner. A credible Chinese leaker has revealed that Apple will have its first event of the year on March 23. Another leaker hints that Apple may launch AirTags, new iPads, and possibly updated AirPods at this upcoming event. Now that the iPad Pro 2021 refresh is on the cusp of launch, we decided to stack everything we know so far.

--As per the current reports, the iPad Pro will make way on the same day as the OnePlus 9 series, i.e. March 23. Some credible leakers and media reports have also confirmed the date.

--A photo shared a couple of days ago on Reddit shows a Speck folio case that is compatible with iPad Air 2020, iPad Air 11 inch 2018-2020 and a new iPad 11-inch 2021. The user who posted the picture said that the product could not be purchased until April 6.

--Although the picture showcased doesn't detail if the 11-inch new iPad is the refreshed iPad Pro. So, we suggest you to take this information with a pinch of salt.

--The upcoming iPad Pro 2021 is getting no major design change as suggested by a Japanese website. However, we might see slimmer bezels around the corners, fewer camera hole and a less protruded camera module.

--As far as specs of the iPad 12 Pro 2021 are concerned, the tablet may get a 12.9-inch mini-LED display. A recent supply chain report has added more credibility to this rumour which says that the vendor is about to start producing these displays for Apple. 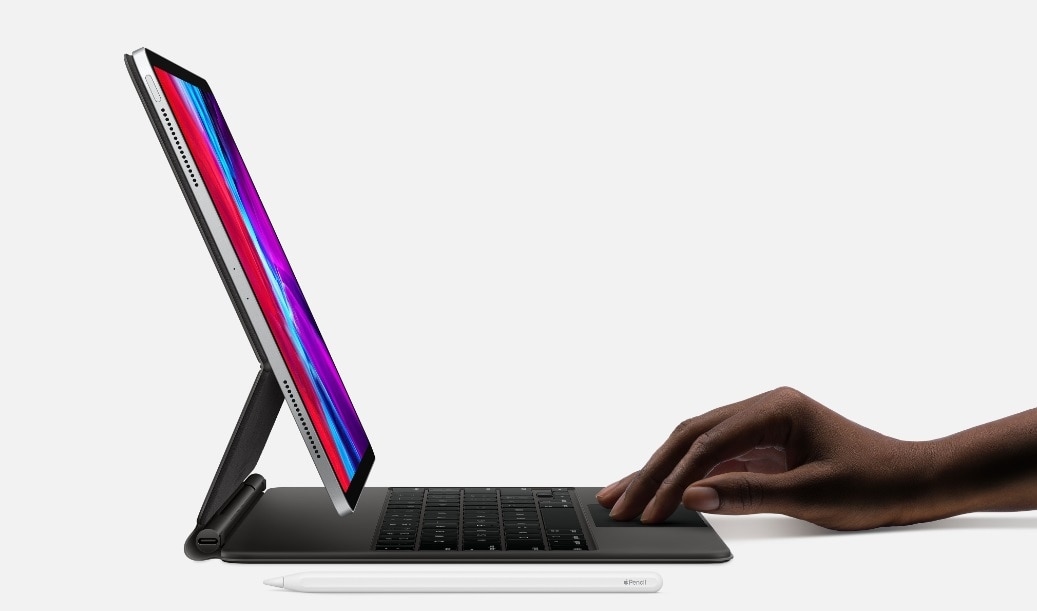 --A freshly published design patent reveals that Apple may introduce the second-gen Magic keyboard. The patent further details that the magic keyboard may come with microphones for better audio reception.

--Through another report from a credible source, we know that the iPad Pad Pro 2021 will feature a processor that's on par with the recently launched M1 Macs. Apple may also ship the upcoming iPad Pro 2021 with an upgraded version of the A12Z chip in the current iPad Pro, calling it A13Z.

--Besides this, a new Apple Pencil leak has also popped up, which showcases a glossy Apple Pencil. This pencil looks similar to the first-gen Apple Pencil, however, it misses out on a lightning port. Hence, we can presume it to be used for the upcoming iPad Pro 2021.

The Apple iPad Pro 2021 is expected to be launched at the Apple event that is expected to take place on March 23. Although this information is not official, it has been confirmed by a few credible leakers. So, you can expect the refreshed iPad Pro to make way on March 23. the same day as the OnePlus 9 series launch.

Google Pay to provide users much control over their data