New Nokia phone with 5G, 108-megapixel camera, and 120Hz display may be in works

HMD is working on a new smartphone and it may be called the Nokia X50. 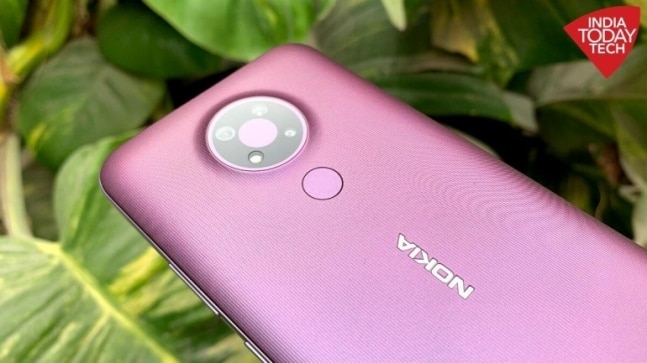 A new Nokia smartphone is reportedly in the works. This phone may be the Nokia X50 and pack a 108-megapixel camera, a 120Hz screen, and 5G connectivity. A new report has claimed to offer the specifications of what could be the successor of the Nokia 8.3 5G that was launched last year. HMD is long-rumoured to introduce a flagship phone. For a long time, it has been the Nokia 9 PureView successor, but it seems the Nokia X50 may be the answer.

A report by NokiaPowerUser has said that HMD is working on Nokia X50 and it may be the successor of the Nokia 8.3 5G. This phone will be a first for the company as far as the cameras are concerned. For instance, the Nokia X50 is supposed to come with a 108-megapixel camera. Of course, there will be 5G on this phone as the company is probably looking to expand its portfolio of 5G phones. Apart from these specifications, the Nokia X50 may come with a 6.5-inch 120Hz display with QHD+ resolution and sport a 6000mAh battery inside with 22W fast charging.

For 5G, the Nokia X50 may use the Qualcomm Snapdragon 775 processor that has not been launched yet. Qualcomm recently announced the Snapdragon 875 processor as a slightly tweaked version of last year's Snapdragon 865 SoC. This 108-megapixel camera may be a part of a Penta-lens system that will include an ultra-wide, a depth, a macro, and a telephoto camera. This camera system will be powered by ZEISS Optics and use the OZO Audio tech among other features that are rife on top-end Nokia smartphones.

There is no information on when the Nokia X50 or whatever this phone will be called will be launched. HMD recently held a grand event to launch as many as six smartphones under the new X-series, G-series, and C-series. The highest-end smartphone from this lot is the Nokia X20, which comes with 5G. Powering the phone is a Qualcomm Snapdragon 480 processor, making it the affordable 5G phone from HMD Global. But despite being a lucrative offering from the company, the smartphone is not very exciting when you look at other options on the market.

With that in mind, HMD will have to be cautious about the price of the Nokia X50. The Nokia X50 is likely not the Nokia 9 PureView successor we have become tired of waiting for, but it will definitely be something for those who want a high-end Nokia smartphone.

Apple to help employees get Covid 19 vaccine at its offices