The OnePlus 8 Pro leaks suggest a similar design as the previous leaks. The phone is shown in a new shade of green in the renders. 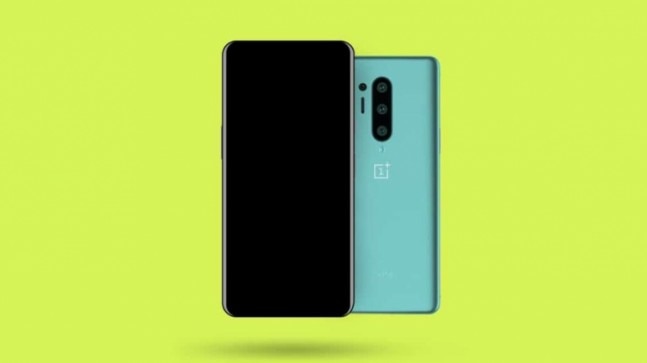 Once the MWC 2020 is done, OnePlus is likely to come out teasing its flagship offering for 2020. There have been several rumours suggesting that OnePlus might launch the new OnePlus 8 series by the end of March or by first week of April. However, leaked renders showing the design of the OnePlus 8 series phones have been out even before the OnePlus 7T Pro went on sale last year. You can look in our site for OnePlus 8 news but there's a new one that confirms a few new things for the flagship OnePlus.

Rest of the renders doesn't change the old design - there's a still a vertically mounted quad-camera setup with an oval-shaped sensor as well as LED flash design. The front of the phone shows a fullscreen display with no punch-hole cutout visible.

The leak also reveals a few specifications about the OnePlus 8 Pro. As usual, it is said to be running on the Snapdragon 865 chipset that will be paired with up to 8GB RAM and 256GB storage. The phone will be running on Android 10. There will be a 6.5-inch display with curved edges but the phone will keep using the same AMOLED panel. Instead of the 90Hz refresh rate, the display will have a refresh rate of 120Hz.

OnePlus is also said to be expanding the battery capacity to 4500mAh and at the same time, OnePlus will most likely upgrade the Warp Charge 30T to a new 50W system. Chances are that this could be the same 50W Super VOOC from the Realme X2 Pro.

It is hard to know whether this is for real or a fan-generated leak. That said, the OnePlus 8 Pro might be quite similar to what we have seen so far.