OnePlus is working on a new smart TV this year with a new processor and a new remote controller. 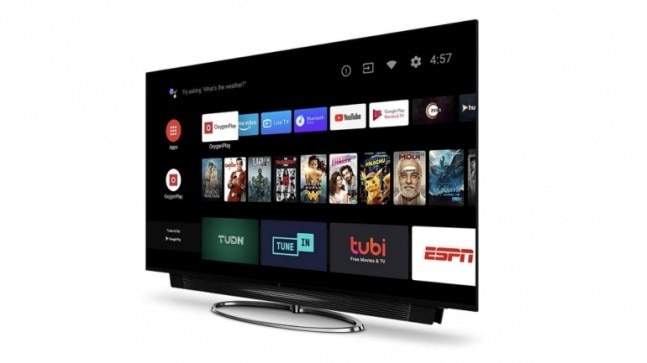 OnePlus jumped into the smart TV space last year with its OnePlus TV Q1 series and safe to say, it ticked most of boxes right. The Q1 series offered good picture quality as well as audio quality, not to forget decently fast performance. OnePlus said during its launch that it plans to bring more OnePlus TVs to the market and it seems that this September may see the Q2 series of the OnePlus TV this year.

A new OnePlus TV model has been spotted getting certified at Bluetooth SIG by 9To5Google and it gives out a lot of information regarding the new models. The biggest one is that the new model will stick to the 55-inch panel size instead of getting an upgrade to a bigger display or spawning a new smaller size.

The next one pertains to the performance metrics. The report says that OnePlus is going to upgrade the chipset from the Q1 series to a more modern SoC. For the Q1 series, OnePlus used a MediaTek chipset from 2017. Although we found the TV's performance more than adequate in our review, it seems that OnePlus wants to offer a better user experience with upgraded hardware. The new model is registered with a newer MediaTek chipset from 2019.

Given that product is getting its certifications, OnePlus could launch by September this year. The next-generation OnePlus TV models could come along with the OnePlus 8T upgrade and could replace the existing Q1 series models. OnePlus could also launch the TV in July, when the rumoured OnePlus Z is also expected to announced along with the OnePlus true wireless earbuds.

The new models could continue to rely on the latest version of Android TV and OnePlus could continue to develop its Hub app that acts as a content aggregator for the TVs. The TVs could also rely on the QLED panels from Samsung and chances of upgrading it to OLED panels are slim. There could be a Pro model this year too with a retracting subwoofer.