Poco has confirmed that it will launch a new smartphone in India in February. The new phone will not be the successor to the Poco F2. 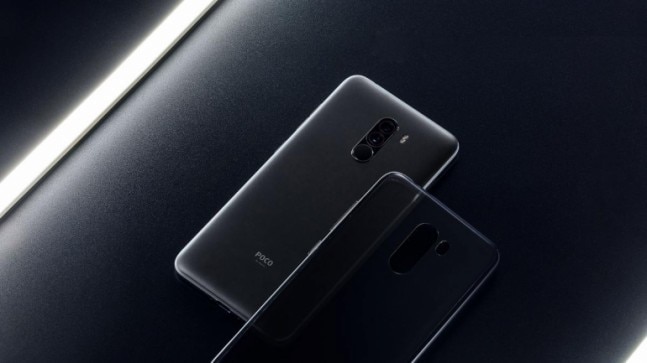 Poco is back and within a week of the announcement, the latest Xiaomi spin-off is making waves in the smartphone industry. Not only the brand is back to being active but it is ready to fight it out with all the current generation smartphones in 2020. Poco is openly saying that it is going to bring more phones in 2020 (read 'phones') and we could be seeing the second Poco smartphone as soon as in February. Yes, we are going to see a new Poco smartphone in February.

Poco's General Manager C Manmohan has been talking to the media confirming a launch date for the next Poco smartphones. While there's still no proper date announced, Poco has confirmed that it is coming to the markets with a new smartphone in February. This will be the first smartphone coming from Poco since the brand last launched the F1 back in August 2018. However, don't assume that you will get to see the Poco F2.

Manmohan in an interview with YouTuber Techno Ruhez says that Poco is bringing multiple phones to India this year and the first one launching in February 2020 will be a completely new one. This one won't be the Poco F2 or the successor to the Poco F1. There's no information about this phone but if you look at all the leaks associated with Poco recently, it seems that the Poco X2 is set to hit shelves soon.

The Poco X2 is most likely to be a rebranded version of the Redmi K30 4G that launched in China in December 2019. Some Geekbench listings have suggested that the Poco X2 will use similar internals as the Redmi K30 4G, including the same Snapdragon 730G chipset that will be paired with 8GB RAM and 256GB storage. Poco may, however, skip the 120Hz display from the Redmi K30 to keep the costs low in India.

Additionally, going by the name, it seems that Poco may be looking to play in the same category as the Realme X2. Hence, the second Poco device could end up being priced between Rs 15,000 - Rs 18,000. Chances are that Poco may phase out the F1 in favour of the Poco X2 as its most affordable offering the smartphone market.

Manmohan also confirmed that Poco will keep using Xiaomi's MIUI interface for its phones with the Poco launcher installed on top. Poco will also continue to use Xiaomi's service centers and distribution methods.

ALSO READ | After Poco decides its future, Poco F1 starts getting Android 10 update finally with MIUI 11
ALSO READ | Poco X2 teased by company to launch as Poco F1 successor: Here are its leaked specs and features
ALSO READ | Will Poco X2 be a rebranded Redmi K30 4G? This is what it may cost and speculated features
TweetYoutube
Tags: Poco | Xiaomi