Xiaomi upcoming Redmi event on May 26 will announce a new lineup of Redmi TV models under the X series. Xiaomi's Mi TV series dominates the affordable end of the smart TV segment and with the Mi Box 4K now in India, Xiaomi is going to become more of a household name. However, the company is in no mood to settle down as it prepares it new Redmi series of smart TVs. Xiaomi already sells two Redmi TV models in China but in the coming launch event on May 26 in China, Redmi is going to announce a new range of smart TVs.

The recent teasers from Xiaomi on Weibo, as spotted by GizmoChina, suggest that Redmi is coming up with a range of smart TVs. Redmi is going to call it the X series and these will be available in small screen sizes. The three models at launch will be called X50, X55 and X65, depicting the screen sizes. None of the other features is mentioned, with Redmi only saying that these TVs will excel in design, picture quality and sound quality.

A previous tip from Ishan Agarwal, a notable tipster, suggested that Xiaomi is going to jump in the OLED TV segment and chances are these Redmi X series TVs could be those. With OLED panels, Redmi could achieve the bezel-less design and small sizes could help Xiaomi keep the costs from flying towards the premium segment.

In the Chinese market, Xiaomi has reserved the Redmi TV for all of its ambitious models. The 98-inch TV that Xiaomi makes belongs to the Redmi TV series. The other TV from Redmi has a 70-inch panel. The Mi TV series is usually reserved for the more conventional models with moderately sized panels. 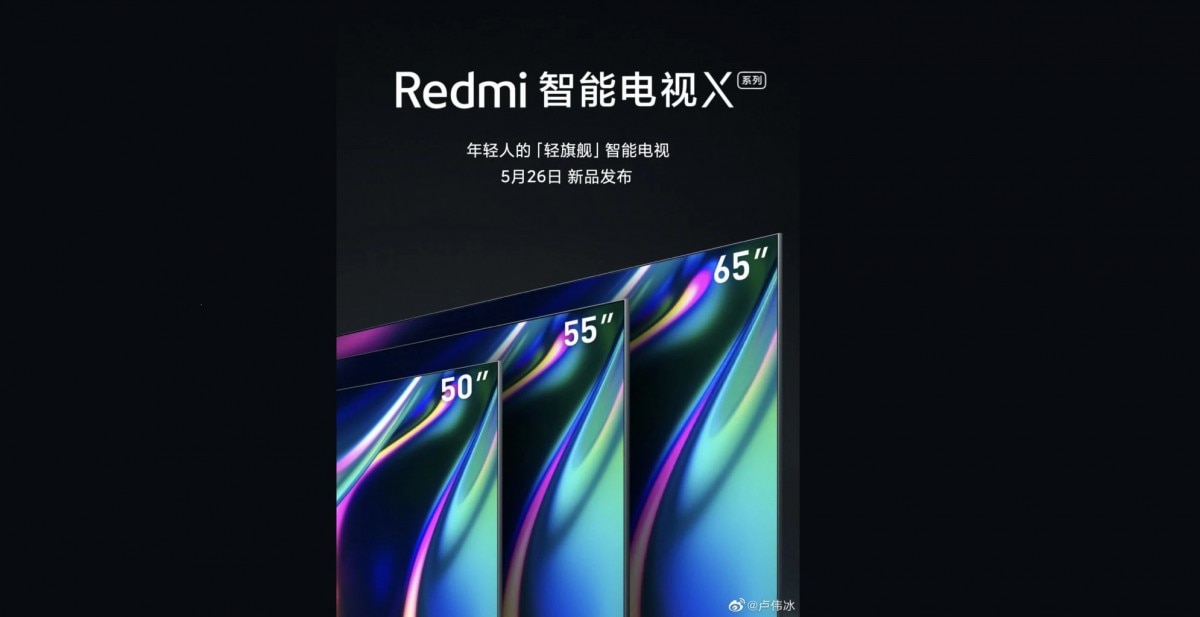 Xiaomi usually reserves its latest TV models for the Chinese market but it could change this year. India, which is one of the biggest markets for Xiaomi, is set to get a number of new products in new segments this year. We have already seen Xiaomi launching its flagship Mi 10 5G phone for India and accompanying is a range of accessories. Xiaomi is also bringing more of its smart IoT products to the market, especially with the recently launched Mi Box 4K and the robot vacuum cleaner.

Hence, Xiaomi could bring these Redmi TV X series to India maybe later this year or early next year. The premium smart TV segment is seeing a lot of activity, with OnePlus jumping in with its OnePlus TV models.