New iPhone SE likely to be manufactured in India soon, might not impact pricing

Starting operations in India in 2017, Wistron has assembled the iPhone 6S, the original iPhone SE in the past, and is still manufacturing the iPhone 7. However, already three generations old, Apple might discontinue the iPhone 7 in the upcoming iPhone event in September 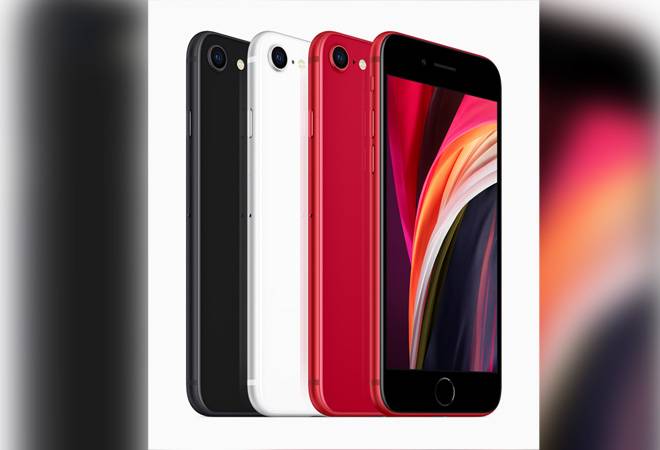 Following the Apple iPhone 11 manufacturing in India, the new iPhone SE is likely to be assembled in India soon, confirms industry sources. Just like the original iPhone SE, the new model will be assembled at the Wistron facility near Bengaluru.

Starting operations in India in 2017, Wistron has assembled the iPhone 6S, the original iPhone SE in the past, and is still manufacturing the iPhone 7. However, already three generations old, Apple might discontinue the iPhone 7 in the upcoming iPhone event in September.

Manufacturing the iPhone SE and even the iPhone 11 are logical progressions. Apple's partners who have invested in the country need to take incremental steps to meet the current demand of the country. Due to the aggressive pricing of Rs 64,900 at the launch (now increased to Rs 68,300) along with HDFC cashback, the iPhone 11 has been one of the best-selling iPhones since its launch in India. The new iPhone SE starting at Rs 42,500, hits the sweet spot not just among the iPhone lovers but also those who aspire to buy iPhone but do not want to spend too much money on the flagship models. Going on sale post the ease of nationwide lockdown, the new iPhone SE is expected to have done decently well in the quarter ending June 2020.

"In the neo normal, where affordability has been a key theme with consumers, any potential domestic manufacturing of iPhone SE will appeal to mid-segment Android users, who cannot afford flagship iPhones. Going beyond traditional iPhone loyalists, Apple potentially stands to gain favour, and widen its appeal among other users in the Android ecosystem," says Prabhu Ram, Head- Industry Intelligence Group (IIG), CMR.

The entry-level smartphone market ranging from Rs 5,000 to Rs 15,000 has over 70 per cent of the market share in India. The second most popular category continues to be between Rs 15,000 to Rs 35,000. Entry-level and mid-segment customers often tend to upgrade to mid-premium smartphones and that's where a lot many OEMs are focussing at.

Although, OnePlus dominates this category, an increasing number of OEMs have been targeting this segment. For instance, Google introduced the trimmed down Pixel 3A. Samsung too has been trying to woo customers with Galaxy S10 Lite, Galaxy Note 10 Lite, among others.

However, assembly of the new iPhone SE is not likely to impact the pricing much. Even though local manufacturing helps OEMs save 22 per cent on import duties, the MRP will include duties on components imported. "Not many details are available at the brand and model level. Duty is charged on the import price of each component. So, for importing a phone full built (CBU) it is 22 per cent and nil for Completely Knocked Down (CKD) manufactured ones. But for importing a CKD kit, different rates for different components are applicable -- from chargers to battery packs, earphones and cables etc. This makes the savings coming out at less than 22 per cent, depending on what brand is manufactured in India," says Navkendar Singh, Research Director, Client Devices & IPDS, IDC India.

In general, the savings by manufacturing smartphones in India will be in the range of 12 to 15 per cent depending on the brand. For Apple, it is believed to be on the lower end. Also, the change in the retail price can be implemented only once the local production can meet the country's demand and the units imported for China have been pushed out of the channel (sold out). Apple, or be it any handset manufacturer, they cannot sell a smartphone with two different MRPs.

Oppo Watch with Google Wear OS could launch on July 31