The 32GB version will now be available for 99 cents with a two-year contract, a year of Amazon Prime membership and other cloud services, Amazon said in a statement. 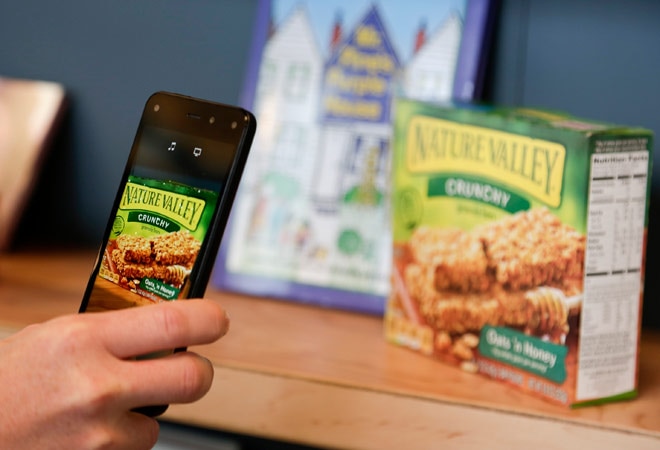 An Amazon representative shows off the Firefly scanning feature on the company's new Fire smartphone in Seattle (Photo: Reuters)

Global e-commerce giant Amazon has cut the price of its flagship Fire Phone by US $198 to 99 cents just two months after the maiden smartphone's launch.

The 32GB version will now be available for 99 cents with a two-year contract, a year of Amazon Prime membership and various other cloud services, Amazon said in a statement.

The announcement comes hours ahead of the expected launch by Apple of its new iPhone.

Similar offers have been made available in the UK and Germany, where consumers can get the phone for zero pounds and one euro, respectively under contracts with Amazon's telecom partners.

In a first for an e-commerce firm, the US-based firm had launched the Fire Phone in June at US $199 with a two-year contract with telecom firm AT&T.

"With access to all of the Prime content, Mayday, 32GB of memory and free unlimited cloud storage for photos, plus the exclusive Dynamic Perspective and Firefly features, Fire is another example of the value Amazon delivers to customers," Amazon Devices Vice President Ian Freed said.

Launched with much fanfare, Amazon's flagship device came with a new feature called 'Firefly', which identifies things like books, games, CDs etc when the camera is pointing at them. It can also capture songs or TV programmes and give the user options to purchase them.

The device competes in the over US $150 billion global market with Apple's iPhone and Samsung's flagship Galaxy S devices.

Amazon did not disclose sales figures for the smartphone.

Although many devices have followed since then but Kindle remains one of the most popular e-book readers in the market.

The company launched Kindle Fire tablets in 2011, while in April this year, it released its Fire TV streaming devices.

According to research firm IDC, global sales of smartphones to end-users totalled 295.3 million units in Q2 2014, a jump of 23.1 per cent from the same quarter last year.