Kantar attributes the growth of Android to the rise of Chinese companies like Xiaomi that have changed the dynamics in the phone market. 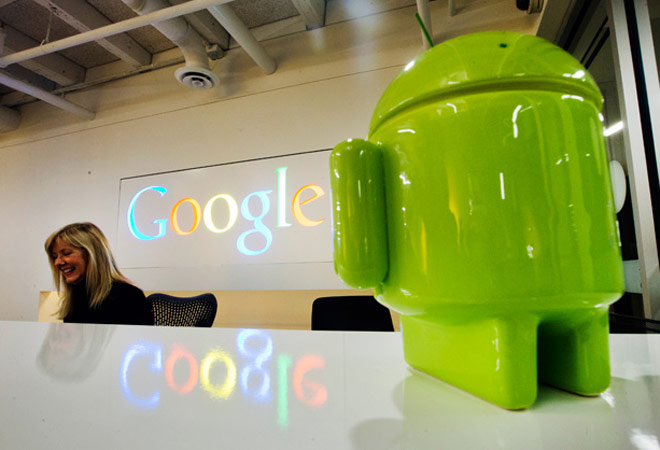 The latest data from Kantar Worldpanel ComTech, a market research firm, shows that in almost all major markets in the world, Google's Android is beating Apple's iOS that powers iPhones. While Android's domination in developing markets like India is total with a market share of over 90 per cent, even in the developed markets like the US, where consumers don't mind paying big bucks for a smartphone, Android is now leading iOS by a significant margin.

According to Kantar data collected for May, June and July, Android has a market share of 62.9 per cent in the US. Compared to the same period last year, this represents a growth of 11.4 per cent. In comparison, iOS, which is used in iPhones, saw its market share go down by 11.8 per cent to reach 30.9 per cent. In other developed markets like Britain, Australia and France, the story is same though the fall in the market share of iOS is not as drastic as it is in the US.

Kantar attributes the growth of Android to the rise of Chinese companies like Xiaomi that have changed the dynamics in the phone market. According to Kantar, Xiaomi, which fancies itself as a poor man's Apple, is now the number one smartphone company in China with a market share of over 31 per cent in the urban market.

"We have seen huge shifts in power in the Chinese smartphone market over the past year. Xiaomi has been the standout performer and Huawei has also seen excellent growth, while Coolpad has increased its share more modestly from 5.2 per cent to 6.1 per cent over the year.  Considering the success of rapidly growing local brands in the Chinese market, it will be only a question of time before they seek further expansion internationally in a similar way to Huawei, and more recently Xiaomi," said Dominic Sunnebo, strategic insight director at Kantar.

Xiaomi entered India in July with its Mi 3 phone. The device proved popular, in fact so popular that a few days ago Xiaomi claimed that it couldn't satisfactorily meet the demand and stopped selling it in India. Instead, now the company is going to focus on the RedMi 1S, an entry-level phone which will go on sale at Flipkart from September 2.

Kantar added that Android has been instrumental to the success of Chinese brands, and also for smaller local European brands such as Wiko, which have helped grow Android's market leading share in Europe to 75.1 per cent.  Apple still retains second place with a 14.5 per cent share of the market, while Windows Phone takes third, accounting for 8.5 per cent.

Meanwhile, in countries like the UK, Samsung has maintained its momentum and that has hurt the iPhone. Kantar said that in July Samsung's Galaxy S5 was the best selling model in the UK, taking 11.5 per cent of handset sales.

For Apple, the falling market share in developed markets is a cause of concern. While the iPhone holds has incredible appeal among consumers in developing countries, this doesn't translate to sales because people often don't want to spend Rs 50,000 on a phone in these countries. In developed markets like US, however, the initial cost of the phone is often subsidised by telecom operators, making them more attractive to consumers. Also, consumers in developed countries are often don't mind paying $500 or $600.

But as the Android devices get better and improve the smartphone experience, consumers in the developed countries have started to notice them. One big appeal of Android devices is their large screens, which allow for better user experience.

Apple is expected to launch a new iPhone-likely to be called iPhone 6-with a 4.7-inch screen of September 9 to counter the big-screen Android phones. The iPhone 5S has a 4-inch screen. Apple is also planning to counter phablets like Galaxy Note 3 that have screen size of more than 5.5 inches, with an iPhone that has a 5.5-inch screen. This iPhone is also likely to be announced on September 9.