The search engine giant has chosen the day of a complete solar eclipse that is happening for the first time in this century. Google's Android O launch corresponds with a rare natural occurrence, a solar eclipse. 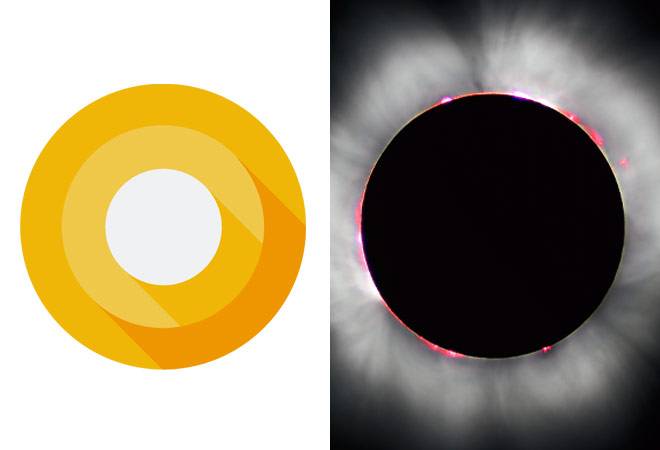 Android O will be launching in a few hours from now and it seems it's well planned with another naturally occurring 'O'. The search engine giant has chosen the day of a complete solar eclipse that is happening for the first time in this century. Google's Android O launch corresponds with a rare natural occurrence, a solar eclipse.

Watching the eclipse and the launch in person might not be possible for people in India. However, that shouldn't be a problem in the age of internet. Android will be streaming its launch event on Android.com from New York. The event will start at 2:40pm Eastern Standard Time (EST) which is around 12.10am for India.

For all astronomers and space enthusiasts, 'The Great American Eclipse' will begin over the Pacific Ocean at 3:46pm GMT (9.16pm IST) and will end at 6:48pm GMT (12:52am IST). The entire solar eclipse will be broadcasted live on NASA's website. Not only that, "viewers will be provided with a wealth of images captured before, during, and after the eclipse by 11 spacecrafts, at least three NASA aircraft, more than 50 high-altitude balloons, and the astronauts aboard the International Space Station."

For people who are more into tech, switch to Android's website. The operating system's developer preview has been out since a few months now and gives us a rather big window into what's cooking in Google's labs.

The update is not a visual overhaul but is still a massive upgrade in terms of functionality and features. This will be the fourth consecutive Android update that utilizes material design.

There are modifications made to the lockscreen with custom shortcuts. The notification bar will get a new animation. Apart from that, one can snooze notifications from specific applications.

The setting options will also be redesigned to classify sections in broader categories and a search option in the menu to avoid scrolling through all options.
The software navigation bar can also be optimised with the new update. One can also add a specific button on the navigation bar for easy access.
The 'O' in Android O will also be declared during the event in New York. So far, most speculations are indicating towards 'Oreo'.

Xiaomi, Google might come together for a cheap Android One smartphone