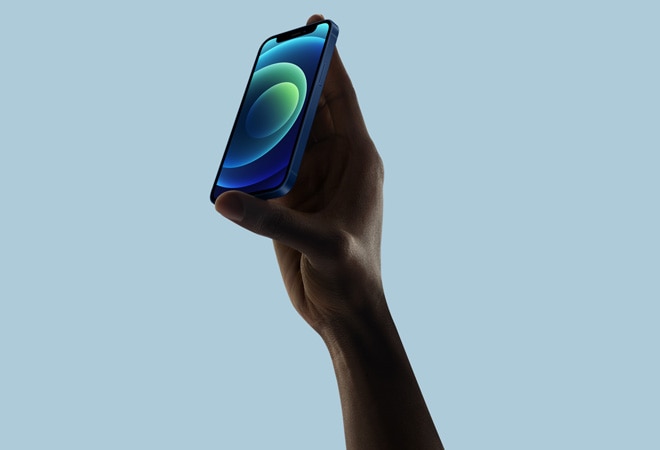 Apple big fall event has always been about new flagship iPhones. While this year Apple unveiled the much-awaited iPhone 12 line-up including the iPhone 12, iPhone 12 Pro and iPhone 12 Pro Max, it was the mini moniker that stole the show. Analysts predict the iPhone 12 mini will not just be popular but will help in driving big volumes for Apple.

With the same design language and most of the features as its bigger iterations, iPhone 12 mini will definitely be a big upgrade for a lot of users sitting on older generation iPhones and Android devices looking to advance to 5G capable handsets.

"We think that within new launches, the iPhone 12 mini is likely to be a very successful model in India. We won't be surprised if it will end up as the most popular iPhone in India ever in terms of its lifetime sales in India," says Tarun Pathak, Associate Director, Counterpoint Research.

Having a similar design footprint as the iPhone 12 family, the Mini is big on features. It is 5G enabled, powered by the same A14 Bionic chip that runs the rest of iPhone 12 line-up, has FaceID, a dual camera set-up with 12MP ultra-wide and 12MP wide cameras, and Super Retina XDR OLED display. But what's most appealing is the sleek new flat-edge design with an aerospace-grade aluminium enclosure, combined with the Ceramic Shield front cover offering 4x drop protection in blue, green, black, white, and PRODUCT(RED) colours.

Echoing the sentiment, Prabhu Ram, Head - Industry Intelligence Group (IIG), CMR says, "When you look at the consumer market, it is not homogenous and comprises of buyers with different aspirations and needs. Apple's move to introduce the iPhone 12 mini is one that will resonate with buyers seeking more ergonomic options, and one borne by consumer research trends. The iPhone 12 mini is not a compromise - it packs all the latest specs in an attractive smaller size."

With the launch of new iPhones, a surge in sales fuelled by the price-drop in older generation iPhones as been seen for the last three successive years. Since the launch, the iPhone SE (2020) now starts at Rs 39,900, iPhone XR at Rs 47,900, and iPhone 11 at Rs 54,900. Based on this sales trend to continue, iPhone 11 could still go strong for the coming year and a half. "We anticipate Apple iPhone shipments to grow 18-22 per cent YoY this year, on the back of strong momentum that the iPhone SE 2020 and iPhone 11 are enjoying," Ram further adds.

Aside from the handset, Apple has also updated its HomePod range with the latest addition of the mini. The name "mini" by no means translates into competition with Google's Home Mini and Amazon's Echo Dot smart speakers. Rather, the HomePod mini is like an appetiser before the main course that gives you a taste of the entire Apple ecosystem at sub-Rs 10,000 pricing. "When it comes to the smart home tech, Apple has been behind the curve against the competition, especially Google and Amazon. With the HomePod mini, Apple has been able to build a tighter integration between the iPhone and the HomePod, than its rivals have. Coupled with the aggressive pricing, Apple will seek to deliver on its smart home vision" says Ram.

ALSO READ: Apple launches HomePod Mini for Rs 9,900; to be available in mid-November