Flipkart has listed the Gold variant of the handset for Rs 36,890, whereas other online marketplaces peg the price of the same between Rs 37,000 and Rs 43,000. 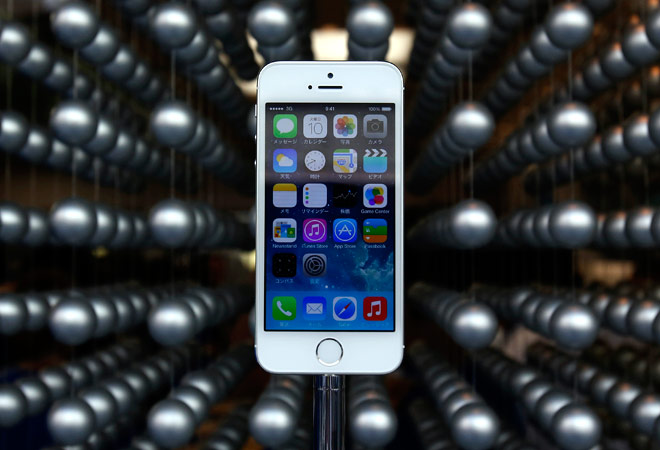 Nidhi Singal
With Apple slashing prices for the older-generation iPhones after the launch of the new ones, the iPhone 5C and the iPhone 5S are seeing a further price drop in India.

Although there is no official word yet on the price drop in India of the iPhone 5S - the 16GB variant is still listed for Rs 53,500 - the market is already flooded with these handsets selling for much less.

Apple is expected to announce the revised prices for India soon.

In India, the price of the iPhone 5S 16GB varies widely. Flipkart has listed the Gold variant of the handset for Rs 36,890, whereas other online marketplaces peg the price of the same model between Rs 37,000 and Rs 43,000.

The iPhone 5C 8GB variant has been available for Rs 24,000 for quite some time on various online retail portals. The 16GB variant is trading for more than Rs 30,000 but is also available for less than that amount at a few places.

According to Manish Khatri of Mumbai-based Mahesh Telecom, the prices have not been revised officially yet. "The effective price after issuing of credit notes to distributors comes close to Rs 47,000. However, the 5S is selling for a price much below that. How e-tailers are able to offer it for Rs 37,000 has baffled company officials, too," he says.

Other industry sources indicate that the distributors are selling the iPhone 5S at lower prices because they have huge stocks piled up.

With prices of the iPhone 5C and iPhone 5S coming down, both the smartphones come across to be a great value-for-money devices. However, one should avoid buying the iPhone 4S, which is retailing for less than Rs 20,000, as it is a three-generation-old device. While Apple is offering iOS 8 update on the iPhone 4S, the phone isn't listed on the Apple website anymore.

Chances are, just like the iPhone 4's mitigated performance upon installing the iOS 7 update, the iPhone 4S too could face similar performance lags, if updated to iOS 8.