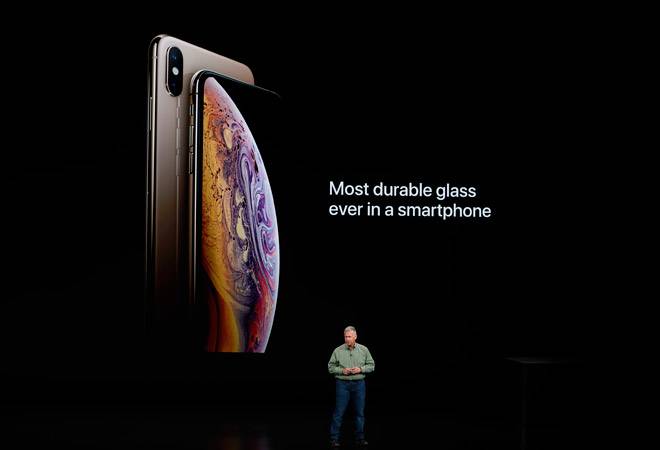 Apple Inc unveiled the next generation of iPhones at its launch event at Steve Jobs Theatre in Apple Park, Cupertino. The iPhone XS and iPhone XS Max are the next flagship smartphones from the company. With the intention to appeal to a wider customer base, Apple has also launched an 'affordable' iPhone XR. All three devices come fitted with Apple's latest A12 Bionic chipset based on 7nm architecture, which promises better performance while being less battery-hungry.

The Apple flagships of this generation, iPhone XS and iPhone XS Max, sport 5.8-inch and 6.5 inch screens respectively. Both panels are Super Retina OLED displays and have a notch at the top resulting in an aspect ratio of 19.5:9. While the smaller 5.8-inch display has the same resolution as its predecessor at 1,125x2,436 pixels, the larger 6.5-inch screen accommodates 1,242x2,688 pixels. The pixel density is the same for both devices at 458ppi for both displays.

The dual camera setup on the devices has two 12MP sensors - one with a wide angle lens at f/1.8 aperture and the other with a telephoto lens at f/2.2 aperture. Both shooters come with Optical Image Stabilisation (OIS). The bokeh effect on the iPhone XS and iPhone XS Max can be adjusted even after an image is taken.

The front camera is a 7MP snapper with f/2.2 aperture. What the selfie camera lacks in megapixels, it makes up for it in processing speed, Apple claims. Video recording on iPhone XS and iPhone XS Max now supports stereo audio and a wider dynamic range. The front notch at the top also houses the IR camera and the dot projector, along with a faster security enclave to make FaceID more prompt than the one on iPhone X.

For the first time ever, Apple will bring dual SIM support to its new line up of iPhones. Only in China will the devices get a SIM tray which can accommodate two physical SIM cards. In other markets, the iPhone XS and iPhones XS Max will support one physical SIM and another eSIM to offer dual SIM support.

The iPhone XS and iPhone XS Max have been made out of surgical grade stainless steel. The new smartphones come with IP68 water and dust resistance, which Apple claims to have tested with items ranging from saline water to tea, wine, and even beer.

The new iPhones will be available in three storage configurations - 64GB, 256GB and 512GB. Prices for the iPhone XS will begin at $999, whereas those for the iPhone XS Max will start from $1099. Both will be available for pre-order from September 14, and the first phase of deliveries will commence on September 21. The devices will come to India during the second phase of deliveries which is September 28.