In exchange of a smartphone, one can get a maximum discount of up to Rs 13,000 on purchase of the iPhone 5S and iPhone 4S. 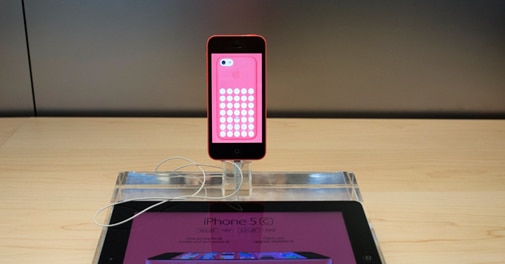 Vijay Sales may have started a buyback scheme for the recently launched Apple iPhone 5C, where one could avail a discount of Rs 12,000 in an exchange scheme for iPhone 4, but other dealers and official distributors have denied any such offer being approved by the company. Until now.

We hear an official scheme will begin on Saturday.

Dealers have started receiving emails from the official distributor about the buyback scheme for the iPhone 5C and the iPhone 4S. According to the scheme, in exchange of a smartphone, one can get a maximum discount of up to Rs 13,000 on purchase of the above mentioned models.

Dealers have also received a list of approved smartphones from the distributor and only the mentioned phones will be accepted under this scheme.

Dealers are expected to get a commission of Rs 2,000 per device under the scheme.

The phones have to be in working condition and preferably carry all the accessories to crack a better deal.

There is no official confirmation on till when this scheme will be valid.

Google prevails over authors in book-scanning US lawsuit