A smartwatch would be the first new Apple product since the launch of the iPad in 2010. However, more than the iWatch, analysts and Apple enthusiasts anxiously await novelties in the next generation iPhone. 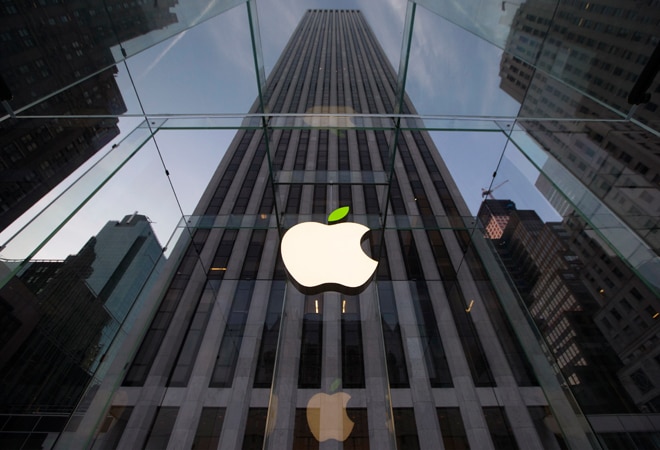 Silicon Valley has begun its countdown for Apple's "special event" scheduled for Tuesday when the company is expected to unveil its first intelligent watch, a system to use phones to make payments and a new generation of larger mobile phones.

The debut of an intelligent watch would represent the first new Apple product since the launch of the iPad in 2010.

It would also be the first big launch under Chief Executive Tim Cook, who took over leadership of the Cupertino, California-based technology giant in August 2011, a few months before the death of Apple's legendary founder, Steve Jobs.

Expectations have skyrocketed, especially after Cook announced that the company was getting closer to an "incredible new batch of products and services" in a conference call with financial analysts in January.

ComputerWorld magazine has said that the debut of the new watch would represent Apple's "fifth revolution", following the introduction of the Macintosh computer in 1984, the iPod music player in 2001, the iPhone in 2007 and the iPad in 2010.

"I believe Apple is the only company with the design vision, technology and devoted fan base to bring smartwatches into the mainstream. That's exactly what Apple did with all of its revolutions," columnist Mike Elgan wrote in Computer World.

The Wall Street Journal reported that the gadget would be available in two sizes and will have sensors to monitor heart rate, the number of steps walked in a day and other such health-related activities.

The New York Times' sources indicated that the electronic circuits in the watch would be "tiny, about the size of a postage stamp".

Mobile phone manufacturers like Samsung, LG and Motorola have already taken an interest in wearable technology, a sector that is getting more competitive by the day.

In 2013, venture capital investors put in $280 million in wearable technology with bio-sensors, far above the $50 million in 2011, according to San Francisco-based Rock Health company.

Market research firm IDC has forecast that over 19 million wearable devices being sold in 2014 and about 111.9 million such devices over the following four years.

However, more than the iWatch, analysts and Apple enthusiasts anxiously await novelties in the next generation iPhone.

According to reports leaked to the media, the tech major will present its biggest mobile to date, with two versions of the iPhone 6, one with a 4.7-inch screen and the other with a 5.5-inch one.

Adobe software company in its report about trends in mobile technology, published Monday, said that the next generation iPhone should have a larger screen size in order for Apple not to lose its share of the market.

The iPhone and the iPad dominate most the mobile access to the internet, with respective shares of 54 per cent and 80 per cent in the mobile and tablet categories.

Analysts and technology blogs also speculated on the possibility of Apple, which maintains an overall secrecy about its "special event", presenting a system that allows mobile gadgets to be used for making financial payments - a 'mobile wallet' function.

According to some reports, Apple may have reached an agreement with the biggest credit card companies and banks, allowing iPhone 6 users to make payments at shops by simply passing their mobile phones over a sensor and getting the digital code scanned.

Taiwan-based analyst Ming-Chi Kuo, who has in the past had access to confidential information, predicted that the iPhone 6 will have an 8GB storage capacity and 512MB RAM.

The new phones are also expected to have more powerful cameras with an optical image stabilisation system that will make blurry photographs a thing of the past.

It is predicted that the phones will come equipped with an IOS 8 operating system and more detailed and improved HealthKit and Homekit applications, for a greater storage capacity of health-related information and home automation, respectively.

Apple shares have increased by over 20 percent this year and are already close to record highs.

The "special event" is set to begin at 10 am at Flint Center in Cupertino where Apple launched its first Mac computer in 1984.

Analysts do not leave out the possibility of the company, in line with what founder Steve Jobs usually did, surprising everybody with some totally unexpected product or service.