Apple's iPhone X just made it to the market but American company doesn't seem to be taking rest between all the hustle. A new report suggests that Apple is ready with their plan for next years' launches. 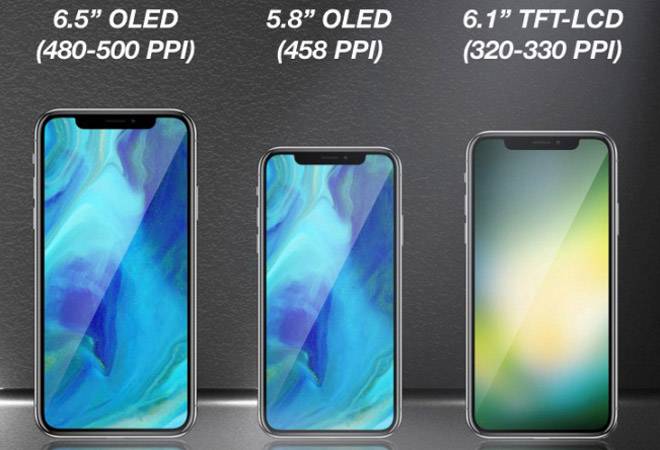 Apple's iPhone X just made it to the market but American company doesn't seem to be taking rest between all the hustle. A new report suggests that Apple is ready with their plan for next years' launches. The design looks similar to the current generation iPhone X. Apple's previous smartphones are evidence enough that even next year the company will go with the same design.

However, being the second iteration of the new full-screen form factor, the upcoming iPhones will be much refined with the functionalities of the device. There is no talk about the iPhone 8 design language. Apple might let-go off the older-looking design for the flagship.

Out of the three one of the iPhones will feature a LCD-TFT display instead of OLED which is supposed to bring the price down. This device will also have a comparatively low-resolution, according to Kuo. The device will come with a 6.1-inch screen and a notch on top of the screen. According to the analyst, this particular phone will be priced much lesser than the other two versions, with a price range of 649USD to 749USD. The device is still expected to feature the 3D scan feature along with the true depth sensors which will also support FaceID.

In his analysis Kuo stated, "Two new OLED models target high-end market; new TFT-LCD model aims at low-end & midrange markets: We believe the major hardware difference in the two new OLED models is size, in a bid to satisfy various needs of the high-end market. The new TFT-LCD model will differ significantly from the OLED models in hardware and design specs (for instance, the PPI will be lower). The primary selling points of the TFT-LCD model may be the innovative user experience of an integrated full-screen design and 3D sensing with a lower price tag (we expect it will likely be US$649-749)."

The analyst also claims that the launch of the next iPhones will be on time next year as Apple's supply chain will smoothen out by then. Chi-Ming Kuo has been reliable source of iPhone leaks. His previous predictions about the iPhone X also stand as a statement in favour this particular leak. However, there are no official records about this new piece of information. Users are advised to take it with a grain of salt.