Apple's dominance in the smartwatch category is being increasingly challenged by other players in the market. Apple Watch is restricted to iPhone users as it doesn't pair with Android devices. On the other hand, most of the smartwatches including the ones from Samsung and Fitbit are compatible with both iPhone and Android smartphones. 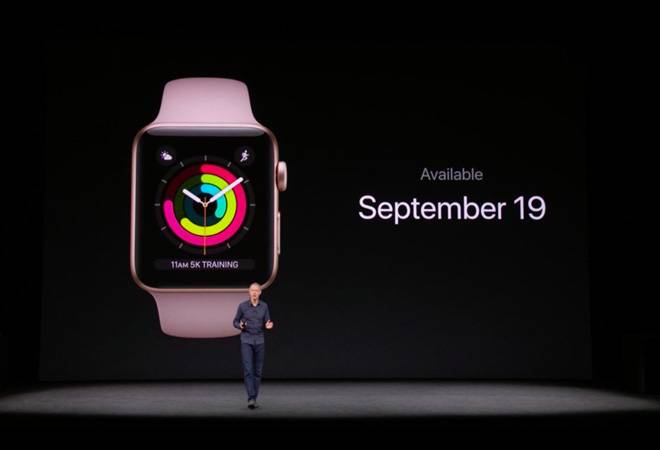 With players like Apple, Fitbit and Garmin, among others, capitalising on the wearables trend and offering a diversified portfolio to the consumers, global smartwatch shipments reached 10 million units. While Apple has been leading the smartwatch category (with just one model every year and two variants last year), its share fell to 34 per cent from 43 per cent in Q1, 2018. But the company's strategy to launch its Apple Watch LTE in Asia worked. Research firm Canalys reports, Apple Watch shipments to Asia (excluding China) surpassed 250,000 units, with the LTE version accounting for about 60%. The cellular-connected Apple Watch Series 3 was the best-shipping smartwatch in Asia in Q2 2018 Overall, Apple's smartwatch performed strongly with 3.5million units shipped worldwide, which is 30 per cent more than what was shipped in Q2 last year.

Since the launch of the Apple Watch Series 3, Apple has formed partnerships with operators in Australia, Japan and Singapore, with Thailand, India and South Korea added in the last quarter for the launch of the LTE variant. Smartwatches are often only as smart as the phones they are paired with. Apple, with the launch of its Watch Series 3 LTE had changed this requisite of the watch being chained to the phone, forever. Apple had integrated cellular connectivity within the watch using electronic SIM (eSIM) that can be activated over-the-air by your cellular operator and is mapped on your current functional mobile number.

"Apple's decision to expand internationally with operators has quickly reaped rewards in the Asia Pacific. Operators in these markets are willing to resell connected devices other than smartphones that can help them generate extra revenue from data services. India is a surprising addition to the list of countries. But this is a good strategy by Airtel and Reliance Jio to retain their high-value customers in a bid to minimise churn in a cut-throat market," says, Canalys Senior Analyst Jason Low.

However, Apple's dominance in the smartwatch category is being increasingly challenged by other players in the market. Apple Watch is restricted to iPhone users as it doesn't pair with Android devices. On the other hand, most of the smartwatches including the ones from Samsung and Fitbit are compatible with both iPhone and Android smartphones.

"Apple faces a growing threat from competitors, which have started to pass the million quarterly shipments mark," says Canalys Research Analyst Vincent Thielke. "Vendors are trying to differentiate their products with advanced heart-rate metrics, smart coaching and mapping, and consumers now have a much wider range of smartwatches to choose from than they did a year ago. Amid further competition from Samsung and Google, rumoured to be launching Galaxy and Pixel watches respectively, Apple needs to work out how to drive refreshes in markets such as the US, where its penetration into the existing iPhone installed base has started to level off." Why Facebook's user growth stalled in the second quarter of 2018