Apple Watch offers three options to the users, the regular Watch, Watch Edition (made from 18k gold), and Watch Sport (made to be light and durable). 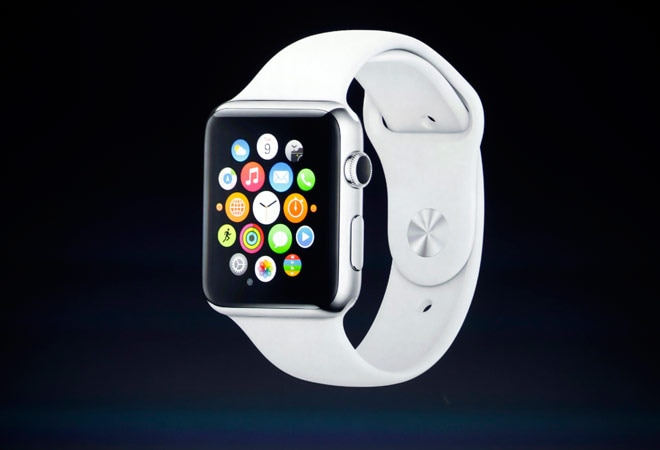 An Apple Watch is seen during an Apple event at the Flint Center in Cupertino, California, September 9, 2014 (Photo: Reuters)

Jony Ive, the Senior Vice President of Design at Apple Inc and the man behind the tech major's flagship smartwatch, revealed that the Apple Watch went through millions of versions before the final product came out.

Ive said that the Apple Watch comes in three collections and a range of faces, which can differentiate between a touch and a press.

Apple Watch offers three options to the users, the regular Watch, Watch Edition (made from 18k gold), and Watch Sport (made to be light and durable).

He said that the team tried to give users multiple choices, and the way that we treated this from a design point of view was that you had hardware and then software.

The watch is also customisable. Users can choose watch faces that include minute and second hands, digital time and more options for personalisation.

For people who don't wish to wear a large device, Apple developed a smaller watch, 38 mm in height compared with the 42 mm option, with matching smaller straps, the Mashable reported.

He also said that they worked extremely hard to make it an object that would be desirable but at the same time be personal, as users don't want to wear the same watch.